Rugby often gets touted as a game of respect between team-mates, opponents and officials.

The interactions between different parties sharing the same pitch is something that I find particularly interesting.

Having watched Super Rugby over the last number of weeks, I am on the fence as to whether some of the gamesmanship crosses the line.

The Australian games had a lot of confrontation in them, especially in the opening week. You could put this down to players being excited about their return to the pitch and the realisation during the Covid-19 break that you might not get another chance at being a professional.

The stakes have been raised, the players' investment is at an all-time high and clubs are losing funding hand over fist, so the game is on a knife edge and contracts are at risk.

The competitive nature and passion for the game is at the heart and soul of what's good about sport, which is great to see.

You see some players able to laugh and joke with opposition at breaks in play, some of it may be passive aggressive and others have to keep a serious tone throughout.

There’s no right or wrong here, but the level of sledging and the ambition to gain a psychological advantage using personal quips is where my issue lies.

There’s also the gamesmanship with the referee and his assistants. Great Irish players in the last decade or so have been lauded for their ability to turn a decision. 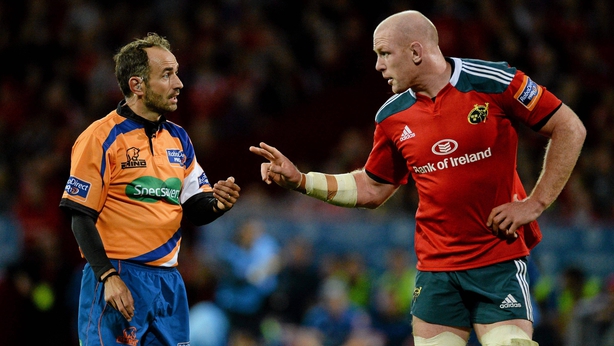 It’s great leadership and something that can swing the captaincy decision in one's favour as a result.

TJ Perenara is one of these players that has a say on the decision-making in games.

He’s sharp when it comes to the laws, he queries decisions and is rapid in response to explanations. He’s real thinker of the game or at least that’s what my outsider's perception is.

Since I’ve been watching Super Rugby Aotearoa more closely this season he has been flailing his arms and using his voice quite frequently. 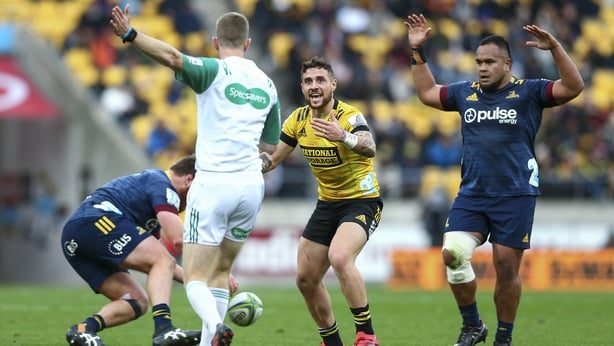 His manner towards the referee is even difficult to watch from the other side of a screen.

He is claiming for everything now and not just the biggest decisions. Questions and queries need to be kept in reserve for when your team really need to turn the momentum or gain it back in an act of slight desperation.

We saw that from Perenara when his Hurricanes team were struggling in the opening rounds and it was a bit more understandable, but once you get a name for too much appealing and arguing it’s hard to turn this image around.

Don’t get me wrong, I love a bit of fire and passion in a player, particularly in a central position such as scrum-half. He dictates the pace of the game, he plays it with a free spirit and almost always in control.

He is very progressive as well when it comes to throwing situations at the opposition. 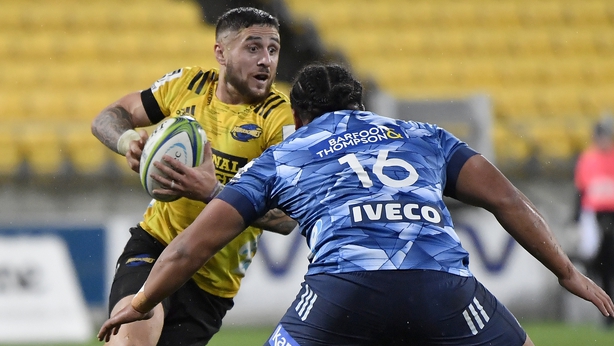 There was a particular example at the weekend.

When a scrum-half feeds the ball into the scrum, the hooker hooks the ball through the second row channel and into the number 8’s feet. The law states that the opposition scrum-half defending the play must be in line with or behind the ball.

As a result of the speed at which the ball is hooked, it means that the feeding scrum-half gets left behind by the ball.

Most defending scrum-halves wait for their opposite number to catch up with the ball and then apply the pressure, normally with a nudge and a shove.

Last weekend however, Perenara was toeing the line by moving to the other side of the attacking scrum-half before he had a chance to get to his own number 8’s side to protect him when he picked the ball, resulting in a disconnect between the number 8 and his scrum-half who is normally his eyes on the play.

I thought it was genius from Perenara. He disrupted Finlay Christie a number of times and caught Akira Ioane with the ball forcing turnovers.

He didn’t stick to the conventional way of nudging the scrum-half, he forced them into some discomfort by knowing his rights within the laws.

This is when Perenara is at his best. Forcing the speed of play, making the opposition uncomfortable and playing with a sharpness and leadership that can turn a game.

His effectiveness is evident by how much he has pushed Aaron Smith for the All Blacks number 9 jersey despite Smith being arguably the best in the world in that position.

Perenara’s chat is his biggest strength and weakness.

For periods of the game he focuses too much on the referee and the opposition players that he wants to have a verbal confrontation with.

At one stage of the match versus the Blues at the weekend, Perenara animatedly queried refereeing decisions and from the ensuing phases he stuck himself into two or three needless rucks in an attempt to regain control or to let off a bit of steam. 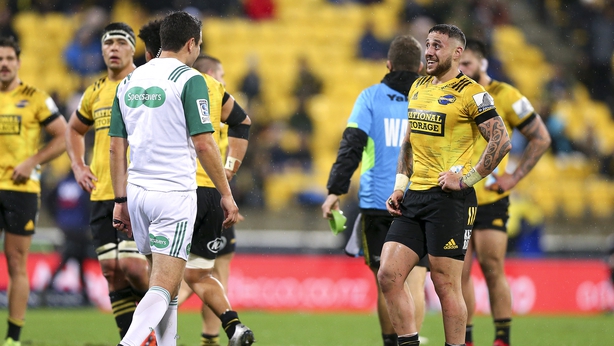 In a leadership position like that you need to be able to keep the head despite your thoughts on the decisions of the referee in charge.

I’d love to see the impact Perenara could have if he spent half of that energy on being even more effective with his rugby.

I appreciate this is probably the attitude that makes him tick. If you take that edge away, perhaps it would blunt his threat, but if he could rein it in slightly, he’d have a great balance of overturning decisions, or at least sewing a seed of doubt in the referees mind, as well as creating opportunities for himself and his team.

I’m very aware that watching on the TV doesn’t give you the full picture, but after working hard for a much-needed win to put the Hurricanes back in contention, Perenara emerged from the final ruck with the ball and kicked it out to secure the victory.

Perenara needs to let his rugby do more of his talking

He went on to put his hand to his ear to provoke a reaction. I hope it was aimed at the home crowd in an act of passion and not at the opposition in an unsportsmanlike nature.

Of course, everyone has a moment where passion spills over but for some players it is a bit too frequent.

I’m a big fan of Perenara and his style that’s synonymous with many half-backs.

However, he needs to let his rugby do more of his talking. His impressive knowledge of the game and his leadership qualities will shine through if he takes a step back from controlling referees at every opportunity.

Mixed approach but still some drama over the Rainbow