The club have announced that Youngs and Ford have agreed "long-term" deals to stay at Welford Road, while also confirming new contracts for both Genge and South African centre Jaco Taute.

In total, the Tigers have announced 18 new player contracts since the weekend, having seen Manu Tuilagi, Telusa Veainu, Noel Reid, Greg Bateman and Kyle Eastmond all leave last week while Jordan Taufua is expected to follow.

Their exits have come with the 10-times English league champions second from bottom in the Premiership and seeking to negotiate pay cuts following financial losses as a result of the coronavirus pandemic, as well as the impact of future salary-cap reductions.

Players unwilling to agree to the pay cuts were told they could leave the club last week, and the exodus coincided with Steve Borthwick's first day as Tigers head coach.

Youngs is England's most capped scrum-half, having appeared in 99 Tests. The 30-year-old has made 244 appearances for Leicester since making his debut as a teenager in 2007. 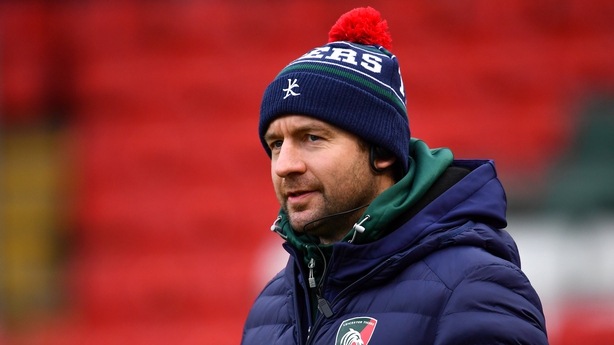 Tigers director of rugby Geordan Murphy said: "It's pleasing to see Ben commit to the club long term. He is, and has been since very early on in his career, one of the world's best in his position and to have Ben commit to our plan and vision here in Leicester is exciting for everyone in the Tigers Family.

"Ben loves Leicester Tigers and, like all of us at this club, wants to see it get back to where it belongs.

"He knows there is a tough journey ahead which will take a lot of hard work, on and off the pitch, and has expressed throughout this process that he is committed to whatever it takes."

Ford made his debut for Leicester at the age of 16 and has made 90 appearances for the Tigers either side of a four-year spell with Bath.

"George is one of the world's best and to have him extend his contract, showing a belief in what we are building here and the vision we have for Leicester Tigers, is exciting," Murphy said.

Genge made his Leicester debut in 2016 and has made 70 first-team appearances since, while earning 16 England caps.

The England trio and Taute follow 14 others in confirming new deals since the weekend, with contracts for Hanro Leibenberg, Nephi Leatigaga, Facundo Gigena and Harry Wells announced on Tuesday.