Super Rugby Australia made its return to action last weekend with more law variations for us to get used to.

The biggest difference between Super Rugby in Australia compared to New Zealand is that they are implementing a lot of change around the kicking game.

After the first weekend it was barely evident that these law changes were in effect but we may see more of them going forward.

The players themselves didn't even seem confident of the changes as they were playing but in fairness to officials Nick Berry and Angus Gardner, with the help of their support teams, they were sharp with their communication of the outcome after a kick had gone in to touch.

The most intriguing law variations are the 50/22 and 22/50 kicks. It actually took close to 60 minutes of rugby for Tate McDermott to retain possession with a 50/22 kick from inside his own half when it bounced on into touch inside the Waratahs' 22.

I don’t even think it was his aim. He tidied up some scrappy ball and kicked an angling kick down into the other half where the Reds were rewarded with possession.

James O’Connor tried one early in the game from a scrum penalty advantage but it just finished outside the 22 so it didn’t count as a 50/22 kick. 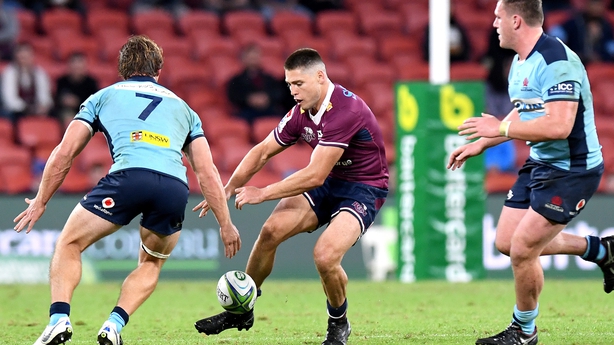 This law change is to force defences to sit off a fraction to give the attacking team more time and space on the wings so they can keep the ball in hand and play some attacking rugby.

If the defensive team doesn’t respect the kick option and plays with a high openside winger to shut down the space on the outside then the option would be for the attacking team to rifle an angled kick towards the opposition 22m.

In the Crusaders and Highlanders game last weekend the Highlanders were able to play a very high defensive line because this law variation wasn’t in play in Super Rugby Aotearoa.

However, if it was in play they would have been open to losing a lot of territory from the 50/22m kick or they would have had to play slightly less aggressive with their openside winger.

Even though the 50/22 law was in place in Super Rugby AU it wasn’t yet implemented that well. The defensive sides still only played with a two-man back field to cover the kicks and they did so with the two back field players on the 15m lines and ready to cover the ground.

It meant that there was a lot of space down the middle of the pitch and the attacking team looking to exit their own half opted to take that space by booting the ball long down the middle to find open field which allowed their defence to set up higher up the pitch.

The other part of this law variation is the 22/50 kick.

This happens at the other end of the pitch where the team with the ball inside their own 22 can look to kick out of their half. If the ball bounces before finding touch inside the opposition half the attacking team will be rewarded with the throw into the lineout.

The first time it happened across both games seemed to be a subconscious effort from Bryce Hegarty who retrieved a bouncing ball in his 22 and kicked the ball long to clear his lines. Waratahs didn’t have any cover and the ball bounced on into touch where the Reds were rewarded with possession.

It was a net gain of about 55 yards for the Reds after being the team under pressure because the Waratahs weren’t aware enough to cover their back field after kicking the ball into the Reds territory.

From my reading of the two first plays involving 50/22 and 22/50 kicks they did seem like the players were kicking the ball anyway, regardless of the new law changes.

However, with the inclusion of Dave Alred in the Reds coaching team maybe they were a bit more conscious of it than what I’m giving them credit for.

There were two occasions where players were confused about the outcome of the kick. Muirhead for the Brumbies kicked an excellent ball from inside his 22 deep into the Rebels half and it bounced into touch but the ball was won from a turnover and was passed back into the 22 to Muirhead meaning he wasn’t rewarded with possession. Regardless it was still an excellent relieving kick.

Matt Toomua also thought he had a perfectly weighted 50/22 kick but once again the ruck occurred outside his own half and the ball was passed back into the half to Toomua.

The kicking game is like a game within a game for out-halves and kickers. I would love to be playing in a game where you were rewarded with possession for such accurate kicks which require great execution. 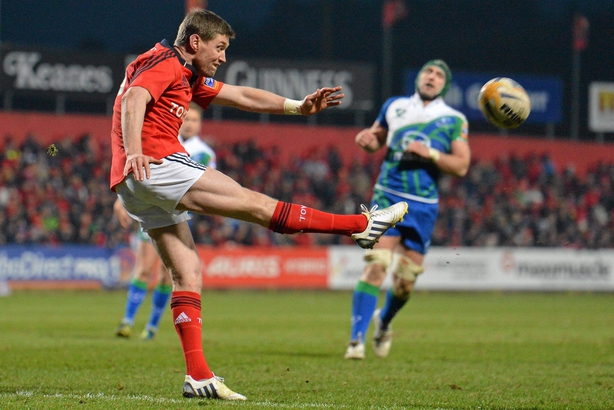 That was a part of the game that I really enjoyed. Imagine if the likes of Ronan O'Gara were still playing the game with these kicks allowed, back three players would have to be acutely aware of the kick option.

Another change that we have to get used to are the goal line drop-out.

This occurs if the ball is kicked long by the opposition and you touch it down in the in goal area. You will no longer take those kicks from the 22m line so you are taking the relieving kick from under your own posts.

The ball must travel five metres to restart the game so short taps don’t seem to be very possible meaning you will end up giving possession back 22 metres closer to your own goal line. Maybe it will result in teams trying to run the ball out of defence instead of trying to touch the ball down.

An attacking team also lose the ball if they are held up over the goal line.

That too will result in a goal-line drop out so you will get the ball back from a long kick as opposed to a scrum on the 5m line to regain possession. This change should speed up the game and take away some of the scrums that can put teams under pressure.

In the Waratahs and Reds game Michael Hooper carried the ball into his own in goal area under pressure but was rewarded with a goal line drop-out.

The fact the Hooper fought so hard to cross back into the field of play might suggest that he is still getting used to that law.

This law isn’t clear for me and may have also been an officiating error, I didn’t think this was being introduced with a goal line drop-out as the outcome so we’ll see how that plays out in the next few games.

It will take some getting used to, especially when watching games in different countries because the unions all have their own law changes, but it is an opportune time to try out more variations and see what will give the game a bit more flow going forward.

Munster crying out for purpose, clarity and a system