Former South Africa hooker Mahlatse Ralepelle has been banned from rugby for eight years after being found guilty of a doping offence in 2019.

Ralepelle, known as Chiliboy, was at Sharks at the time.

It is his second ban, coming six years after he served a two-year ban for failing an out-of-competition test while at Toulouse.

The ex-Springbok may file an appeal against the sanction within 21 days.

Ralepelle had challenged the charge after testing positive for the banned anabolic agent Zeranol.

"The panel had to refer to sports jurisprudence to determine the appropriate sanction which they ruled to be the player’s second doping offense."

Ralepelle, who last played international rugby in 2018, will be 40 when his suspension is over. 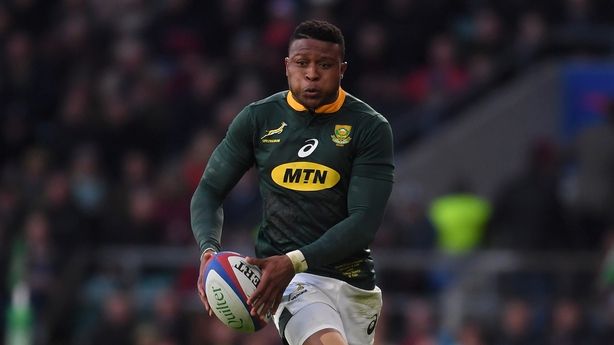 Meanwhile, Springboks winger Aphiwe Dyantyi (above), who is currently banned following a failed drugs test in August 2019, is set to learn his fate in the next two months.

Due to the coronavirus the 25-year-old 2018 World Rugby Breakthrough Player of the Year's case will be held virtually.