Ireland and Leinster prop Linda Djougang has opened up about the racism she has encountered in this country, and stressed the importance of educating people about other cultures in order to overcome societal divisions.

The 24-year-old wrote a lengthy blog on the official Leinster website that detailed her first experiences of life in Ireland after she came here from Cameroon 15 years ago.

Djougang admits she had to adjust to a culture she was not fully prepared for as a nine-year-old child.

"I didn't really know anything about racism because back home it’s different," she says.

"It’s so innocent. You don’t get taught about it because we’re all the same. We never spoke about it. It’s when I moved here that I was sat down and told about it - which is sad, because you’re kind of putting a limit to who I am and what I can do.

"I understood that I was different when I was going to an all-white school and I was the only black student. I was really welcome in my school. I didn’t speak English so I was trying to learn it to fit in. It was a completely new world."

Djougang, who has been capped eight times for Ireland, revealed how a playground incident changed her perception of what life would be like here.

"My first encounter of racism was in primary school when I was playing football with the guys. I remember I asked to play and they were like, 'yeah’. Then a ball came to me and they were like, ‘Linda, you know black people don’t play with white footballs’.

"I had been taught from such a young age to not reply, to not fight, it was ‘sticks and stones may break my bones but words will never hurt’. You just walked it off and it was sad that my parents had to tell me these things. But obviously, they knew what we were facing out there.

"I remember going home and really feeling down and it was the first time that I was like, ‘yeah, this is what I’m being taught at home, this is what my mom and dad are talking about’. I am different."

Highlighting the importance and potential impact of cultural education, the student nurse added:  "I have sat down on buses and someone asked me, 'are you black? The colour of your skin is so dark!', and I’m thinking, ‘are you ignorant or what?’.

"But you can’t talk. I just go on about my day. If some people have put in their head that they are not racist then you’re putting it in your head that you don’t need to change or you’re refusing to consider it. This is a bigger issue than ourselves. 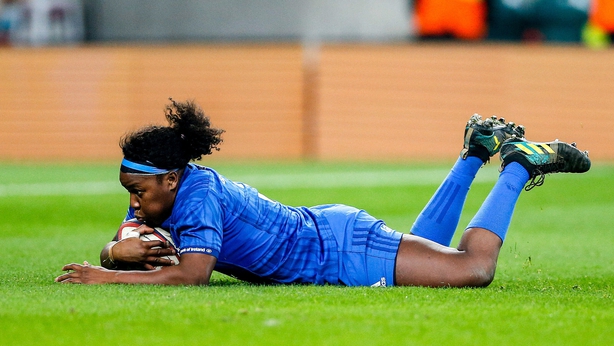 "It’s funny how I went to school and I learned about Columbus and his three ships, the Nina, the Pinta, the Santa Maria. I learned about the Cuban Missile Crisis and the Cold War.

"These things have nothing to do with me. I was going home and being taught black history by my parents but I was in school being taught about Columbus. I was sitting beside white children and I was learning about their history, but how about my history?

"I am Irish. Irish history is my history too. I still learn about it every single day. I went out and I learned it. I want to know more. But how many people want to know about my culture or where I come from? That’s what we’re facing to this day.

"There are so many things you can do to change but, to be honest, I don’t even blame people. You were never taught this. You were taught about Columbus.