Ireland and Leinster back Fergus McFadden has today confirmed his intention to retire from professional rugby at the end of the season.

The Kildare native made his debut for Leinster against Cardiff Blues in September 2007, and has gone on to play 184 times for the eastern province.

He played in some of Leinster's best days, including the 2011 Heineken Cup Final against Northampton Saints and the 2012 final against Ulster, which he started, as well as the 2013 Challenge Cup final and the 2013 and 2014 Pro12 finals.

His provincial form saw him earn 33 caps for Ireland, scoring 10 tries, and appearing at the 2011 World Cup in New Zealand.

"They say the best time to leave a party is when you're still having fun so the time has come for me to announce my retirement from the end of the season," McFadden said in a statement released by his province.

"It’s hard to put into words what a privilege it has been to have had such a long career playing for the team I grew up supporting and pulling on a green jersey to play for my country. It has been a dream come true.

"So, reflecting on what made this all possible, I would like to thank all the Leinster Rugby staff, Leo Cullen, the wider management team, medics, physios, strength & conditioning coaches, backroom staff and our legendary bagman Johnny O’Hagan. Leinster's incredible success over many years has been as a result of the contributions of the entire team both on and off the field.

"To the players, there are too many for me to name individually right now but all I can say is that it has been an honour to play and work alongside such incredibly talented and professional people. The friendships and memories I have made are ones I will cherish for the rest of my life - not to mention the many laughs we had along the way!

"To the Leinster fans…I don’t think you could ask for better supporters. Your constant support and encouragement was felt throughout - not only there to celebrate the highs but also to support through the lows.

"To my wife Rebecca, my son Freddy, my parents, my friends and family, thanks for being there every step of the way." 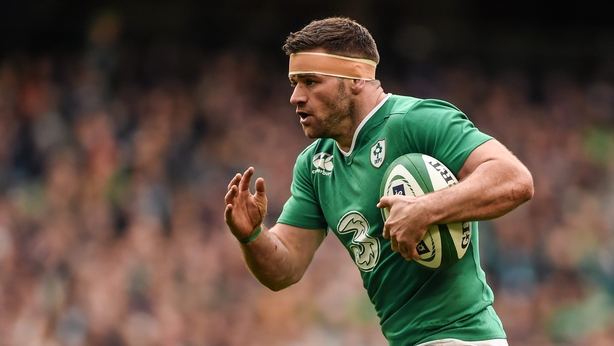 McFadden and Leo Cullen played together earlier in his career, and the Leinster coach paid tribute to the back today.

"Fergus has been an amazing contributor to lots of great things that have taken place in Leinster and Irish rugby and he's definitely one of the great characters that we’ve had around in the group.

"The versatility piece that Fergus has is hugely important. It can go against some players and tough calls not going their way but he would always do what’s best for the team. For example, even though typically your ten would take kicks, Fergus had no problem stepping up at crucial moments to take the pressure off someone. He had so many strings to his bow and he’s going to be a great loss to the group."

"We are being guided by public health guidelines at the moment but naturally the hope is that Fergus gets the chance to pull on the Leinster jersey again.

"Regardless of what happens though, we sincerely thank him for his efforts over the years and wish himself, Rebecca and their little boy Freddy the very best of luck.

"I’ve known Fergus a long time and his parents and my own parents would have agonised in the stands together as they watched their sons on the pitch so we wish all of them the very best of luck in the future and hopefully we will continue to keep those connections back to Leinster Rugby strong."