In truth, one component of the best Munster half-backs of the professional era is an absolute no-brainer - the out-half position.

With all due respect to Ian Keatley, Tyler Blyendaal, Paul Warwick and whoever else, is there any point in even putting it to a vote?

With 240 Munster appearances encompassing two European Cups, three Celtic Leagues/Pro12 titles and nearly 3,000 points in the red jersey, Ronan O'Gara is about as nailed on as it gets in any province.

Throw in another 130 international caps (including Lions appearances) and over 1,000 international points as well as being selected as the best player in the first 15 years of European competition and surely there can be no disagreement. 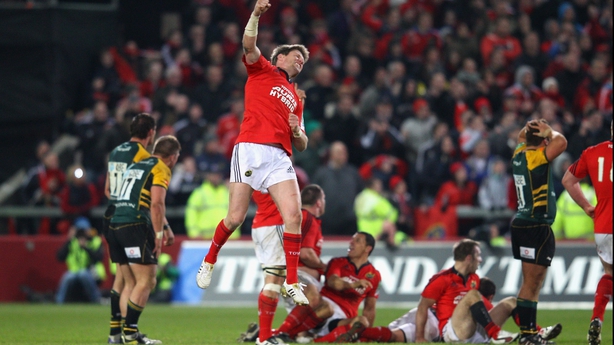 One of the marks of O’Gara’s enduring legacy is the difficulty Munster have had in replacing him.

From Keatley to JJ Hanrahan to Blyendaal to Bill Johnston, many were anointed but no one has truly succeeded.

Maybe Joey Carbery and/or Jack Crowley can remedy that in the coming years; maybe not.

O'Gara is quite possibly the most influential Irish player in the professional era.

O’Leary is perhaps the least celebrated of the trio but the quality of his performances from 2008 to 2011 were outstanding. 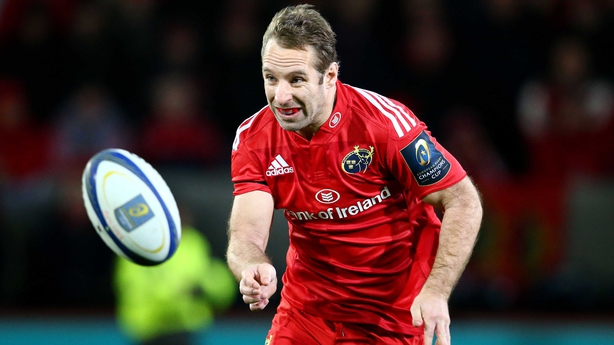 The pace, fearlessness and physicality he brought to the role had not been seen in this country up to that point.

Think back to his incredible cover tackle under the posts at Thomond Park on Benoit Baby or his try-scoring, and assisting, against Wales at Croker in 2010.

O’Leary was poised to make a huge impression on the hard grounds of the high veld with the 2009 Lions until injury intervened.

Stringer remains one of the most popular players ever to pull on a red or green jersey. Probably still the best passer of a ball to ever play for Ireland, his name is synonymous with so many of Munster and Irish rugby’s most iconic moments. 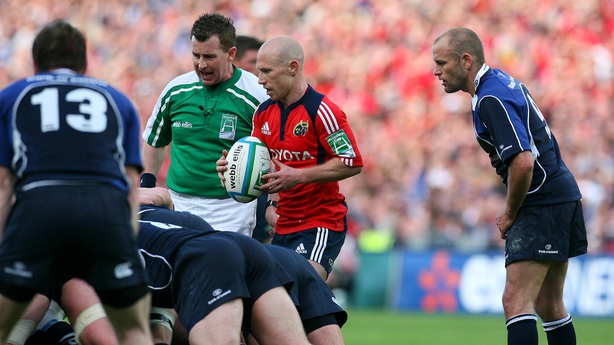 From being bear-hugged by Mick Galwey on his debut, to the countless ankle taps he made, to mugging off Serge Betsen in the Millennium Stadium, Strings’ place in the pantheon of great scrum-halves is assured.

Even allowing for Tomas and Peter’s exceptional contributions, Murray’s credentials as Munster’s best scrum-half of the professional era  are becoming irrefutable.

First choice since bursting on the scene in 2011, with two Lions tours (both of which were successful) including five Test appearances as well as three Six Nations championships including a Grand Slam in 2018, Murray has the best CV of any scrum-half in Irish history.

Despite his form dipping a little of late, for a number of years he was arguably Ireland’s most influential player as they ascended to the top of the world rankings, a fact recognised when Midi Olympique crowned him World Player of the Year in 2018.

Kicking, passing, defending, breaking - at his best Conor could do all of these. How many other Irish scrum-halves were Test match Lions, or recognised as the best in the world in their position?

We need your consent to load this 123FormBuilder contentWe use 123FormBuilder to manage extra content that can set cookies on your device and collect data about your activity. Please review their details and accept them to load the content.Manage PreferencesRTÉ selection: Conor Murray