Eddie Jones' team impressed on their way to the final in Japan, a run that included a magnificent semi-final victory over holders New Zealand.

However, since their surprise defeat to South African in the decider, things have not gone their way, and they began their Guinness Six Nations campaign with a bruising 24-17 loss to France.

The Red Rose subsequently eked out a narrow win over Scotland in Murrayfield but have had to cope with the absence of Manu Tuilagi and Billy Vunipola, whose brother Maku is also unavailable this weekend.

Tuilagi may return when Jones names his team for Sunday's game tomorrow.

"The thing that is going in England’s favour is that it’s in Twickenham, it’s a fortress, it’s hard to for them to lose at home, but they are not playing well," Cantwell told the RTÉ Rugby podcast.

"I think there is this big old hangover, post World Cup. They are kind of asleep. They have lost the two Vunipola brothers.

"Ireland have a big shot but [that said] England could easily switch it on because they are not a bad team. They are just a good team playing poorly." 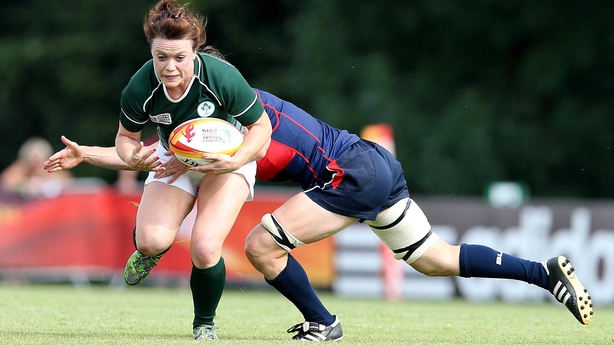 Cantwell was part of the Ireland team that won the Women’s Six Nations Grand Slam in 2013 and has a record 78 international caps.

Her former side come up against a rampant England team who have already recorded away wins against France (21-13) and Scotland (53-0) on Sunday in Doncaster (12.45pm, live commentary of RTÉ 2fm).

Ireland are also two from two having beaten both Scotland and Wales in Dublin.

"It’s tough," added the 38-year-old. "There will be rotation from the England team but it’s in Doncaster, a sold-out crowd. They perform so well at home.

"If Ireland stand off them, which I doubt that they will, England will have a field day...but Ireland Women do historically play well against England, at least for 60 minutes.

"I hope they do because you can always learn an awful lot from those games as an Irish player, so hopefully they’ll use it as an opportunity, as opposed to just going out there and getting pummelled."