As a former player who stood at 5ft 7 inches, Shane Williams knows full well the aerial dangers that rain down on backfield players.

Wales' record try-scorer was always more of an effective force on the ground, where his turn of pace and fleet-footed nature left many defenders trailing in his wake.

Since he hung up his international boots back in 2011, Wales have employed more physically threatening specimens on the wing positions - George North and Alex Cuthbert are notable for their rampaging approach, while Josh Adams, hat-trick hero against Italy last time out, easily clears six foot.

Throw the kicking prowess of full-back Leigh Halfpenny and Dan Biggar into the mix and Williams believes that Wayne Pivac's side could well put the squeeze on Ireland in the air on Saturday, especially with Jordan Larmour still learning his trade at Test level.

"When you played against Rob Kearney in the past, you don't kick at them, because they're the best in the air at it," Williams told RTÉ Sport. 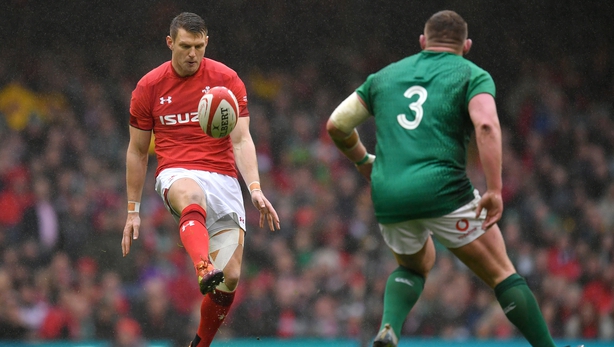 "Wales have got players like Dan Biggar, who is probably the best in the world, alongside Leigh Halfpenny, at putting the ball in the air and regathering his own kick. Leigh is going to compete for anything.

"You watch it, they just put it long enough, high enough so that they can compete. If they don't catch it, they make it very difficult and tap it down.

"Biggar has brought his Premiership form from Northampton which is exactly what we needed. He's kicking like Ronan O’Gara used to do, kicking against the grain that the balls come from.

"That's an area we may see a lot of. It might not be pretty again with a couple of crossfield kicks and up-and-unders etc, but is in fact quite a big gain for Wales."

Former Ireland and Munster out-half O'Gara pinned many opponents in their own half and tested numerous full-backs over the years with aerial bombs, but the La Rochelle head coach doesn’t subscribe the view that Larmour is a potential weak point from a defensive standpoint and thinks he looked comfortable in the 15 jersey against Scotland.

The Leinster flyer will be assisted by Andrew Conway, who is highly effective under the high ball, and 6ft 2 inch Jacob Stockdale. 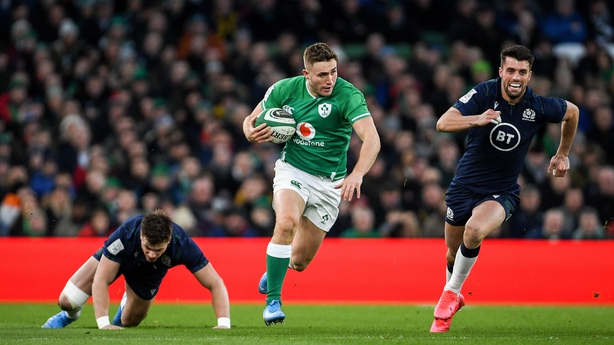 In fact, deciding to kick towards the 22-year-old international could well play into Ireland’s hands, according to the former Munster out-half, who felt the full-back looked cool and composed against the Scots.

"I thought Larmour's positioning was excellent at the weekend and I think he's brave under the high ball," he said.

If you kick loosely to him [Larmour] he'll  rip you apart. That can also be a strength to Ireland's game

"As much as I was a fan of Rob Kearney, I have huge admiration for him, now it's Larmour's time. He's going to be in the back three every week, either 11, 15 or 14. He's shown his capacity. You've got to trust him and I don't think his high ball is weak at all.

"If it's a contestable it's different, but if you kick loosely to him he'll  rip you apart. That can also be a strength to Ireland's game."