Munster have confirmed that Stephen Archer, Dan Goggin and Liam O'Connor have all signed two-year contract extensions with the province.

As well as the contract extensions, Academy trio Liam Coombes, Alex McHenry and Jack O’Sullivan will be promoted to the senior ranks from next season.

Archer made his Munster debut in 2009 and is one of just 11 players to have played more than 200 games for the province.

The 31-year-old made more appearances than any other Munster player last term and been an almost ever-present for the past three seasons and has two Ireland caps to his name. 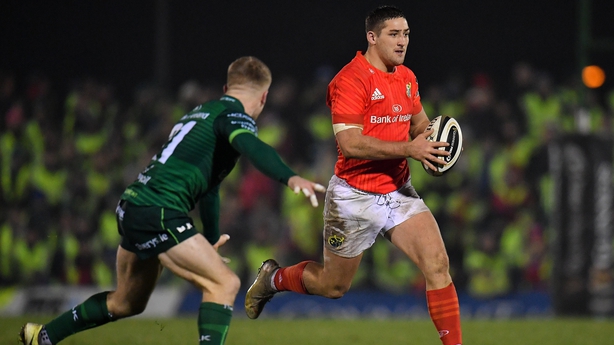 Goggin (above) has displayed his versatility in the backline since emerging as a regular figure in match-day squads. The 25-year-old Limerick man has notched seven tries in 55 outings in red.

Prop O’Connor has also put pen to paper on a two-year extension. The 24-year-old has made 26 appearances since making his competitive debut against Stade Francais in the Champions Cup in January 2016.

The Cork native has showed great resilience in returning from a long-term injury that saw him miss out on a year of rugby in 2018.

Jack O’Sullivan will be promoted to the senior ranks next season after signing a three-year contract.

The 21-year-old back row, a first cousin to brothers Rory and Niall Scannell, missed the majority of last season through injury, has since made five competitive appearances in red, including his Champions Cup debut against Ospreys last week.

Continuing the family theme, Liam Coombes (below) will follow in first cousin Gavin's footsteps when he moves up to a senior contract next season. The winger made an impressive try-scoring debut against Cheetahs in Bloemfontein in November 2018 and has made four appearances at senior level.

The 22-year-old has signed a one-year contract with the province. 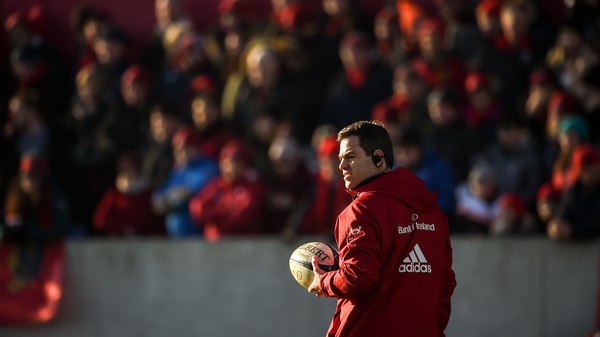