Ciara Griffin says Ireland must improve their defence ahead of their opening match in the Women's Six Nations against Scotland on 2 February (Energia Park, Dublin 1pm).

Simply not good enough, says the UL Bohs back row ahead of the tournamament, which sees home ties against the Scots, Wales and Italy.

"We weren’t happy with our performance last year so that’s a big thing for us this year, to improve on last year’s performance. We didn’t do ourselves justice," the captain told RTÉ Sport.

"We are really targeting those home games, get those wins and hopefully gain that momentum and keep building and progressing. 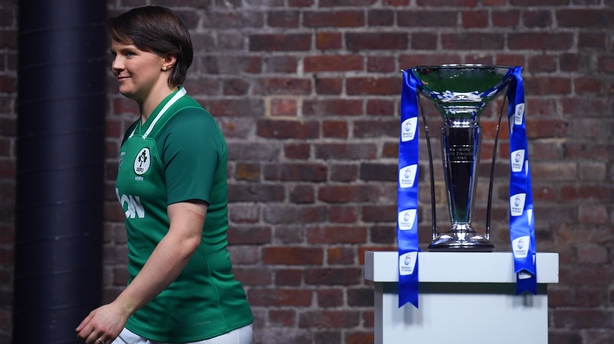 "In terms of our defence, our tackle technique and our defensive line [must improve] and we are hoping to play that expansive game that we know we can play.

"We have a core group of players with good experience under our belts, now it’s up to us to keep driving that."

Griffin, who has scored four tries in 29 matches for Ireland, also spoke about the sheer excitement playing in another Six Nations.

"I love the fact that every weekend you get the chance to fight for a green jersey and that physicality," added the 26-year-old.

"It’s such an intense tournament because it’s a short enough window, that you have those few weeks to put your best foot forward."