The primary concern for Robert Baloucoune and Billy Burns was to secure an Ulster win over Bath this weekend, but they now have international ambitions to contend with.

Dan McFarland's side edged out the Premiership club 22-15 to advance to the last eight of the Heineken Champions Cup where an away quarter-final awaits.

Winger Baloucoune kept up his impressive form this year with a first-half try to cap a superb performance, while Burns again was a steady influence in the 10 jersey, knocking over a crucial penalty in the seven-point victory.

With European progress assured, both men head into Irish camp for a first taste of the international game.

Burns, the former England Under-20 out-half, is one of five uncapped players in Andy Farrell's first squad, while 22-year-old Baloucoune joins Ryan Baird, Harry Byrne and Will Connors as the development contingent that will train with the squad at the warm weather camp in Portugal and in the lead up to the opening game against Scotland on Saturday, 1 February. 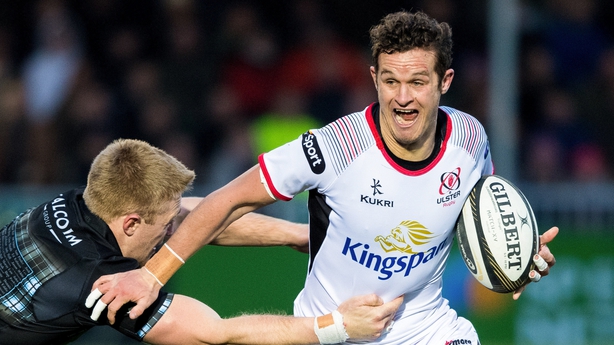 "It’s been awesome," Burns told RTÉ Sport’s Michael Corcoran of the Irish call-up. "I put it to the back of my mind leading into this game, but it’s something that I’m massively proud of to be involved with.

"I look forward to going away [Ireland camp] I guess the hard work starts now it will take my training to a whole new level. I’m looking forward to it."

Speed merchant Baloucoune is on a good run of games since his try-scoring exploits against Connacht around Christmas and his fellow winger Jacob Stockdale said his reward is fully justified. 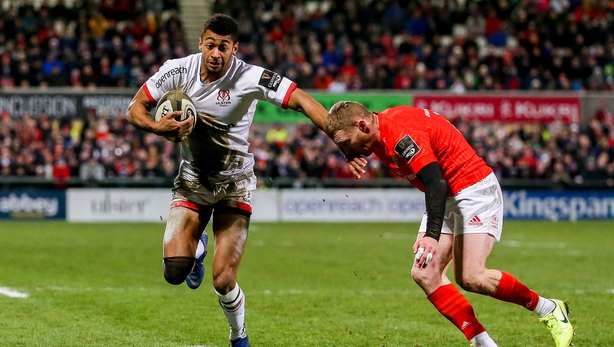 "It’s great to see him in. He’s probably been the in-form winger at this club for the last while, disappointingly enough for me! He’s been brilliant," he told RTÉ Sport.

Stockdale was an ever-present under Joe Schmidt but says competition for places on the wing is greater than ever with the Scots looming.

"Andrew Conway is playing class rugby, so is Jordan Larmour, similar enough players, but everyone has lifted their game to a level which is really exciting for us as a team." 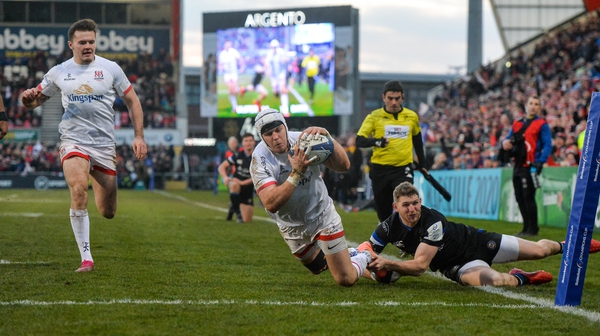