The Sportsground, home of Connacht Rugby, has received a €10m government boost for development, €10m will go towards revamping Leinster Rugby's home ground the RDS, while Meath GAA have been awarded €6.2m to modernise Páirc Tailteann as part of the Large Scale Sport Infrastructure Fund.

Minister for Sport Shane Ross confirmed on Friday that a total of €77.4m has been dished out to 25 individual projects.

A total of €77.4m has been granted to 25 individual projects as part of the Large Scale Sport Infrastructure Fund. @OFlynnPaul reports #RTEsport pic.twitter.com/pye1rHkDKa

Connacht, Meath and the RDS are three of the biggest recipients, while just over €9.2m will go towards the construction of a high-performance athletics indoor training facility at the Cork Institute of Technology.

A high-performance training centre will be built as part of the Sportsground's redevelopment, with the stadium's capacity set to rise from 8,000 to 12,000.

The €10m allocated under the Large Scale Sports Infrastructure Fund has been matched with a further €10m commitment from the Government. The total cost for the Sportsground project is €30m.

In the RDS, whose main tenants are Leinster, a new two-tier grandstand will replace the existing Anglesea Stand and terrace, while Meath's plans to transform Páirc Tailteann with a 4,000-seater stand and new dressing-rooms has been aided.

Just over €2m has been allotted to help the construction of the Munster Centre of Excellence in Glanmire, Co Cork. The project is a partnership agreement between the FAI, Cork City FC trust FORAS,  and Cork County Council.

The plans, first proposed in 2016, involve building a 20-acre complex that would act as training base for Cork City and provide playing and training pitches for underage teams across the whole province.

However, the €2m, the only funds announced for soccer, will not be transferred until the Government is "satisfied that all issues of concern around financial management and corporate governance at the Association have been resolved".

Over €8m has been granted to the construction of a Galway Regional Aquatic and Fitness Centre which would boast a pool capable of hosting National and International water polo and short course swimming events. 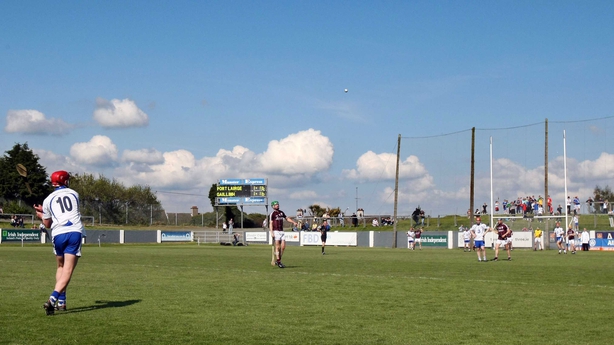 Two other GAA grounds have been awarded funding.

Walsh Park in Waterford (above) will receive €3,753,750 towards the building of a new seated stand and improvements to the dressing rooms.