Timing can be everything in professional sport and Ulster's Will Addison knows he is coming into a rich vein of form at an opportune time with the Six Nations coming into focus.

The full-back will be channelling all his efforts into Saturday’s crunch Champions Cup trip to Clermont Auvergne, where the winner will take a major step towards a home quarter-final, while the loser would still remain well placed to reach the last eight, albeit on the road.

The 27-year-old has become an increasingly influential figure since joining from Sale in the summer of 2018 and after moving between wing, centre and full-back, the number 15 jersey has been the only one on his back this term.

Addison caught the eye in the wins over Connacht and Munster after serving a four-week ban for a dangerous tackle in the victory over Saturday’s opponents back in November.

Thirteen months on from his Ireland debut, Addison was among nine Ulster players selected by new head coach Andy Farrell for the pre-Christmas gathering and will be keen to put the World Cup omission behind him. 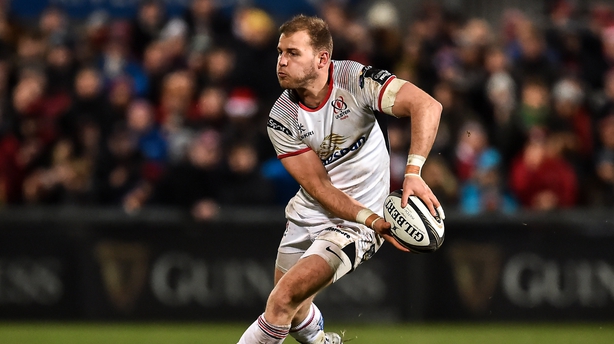 Indeed with the experienced Rob Kearney overlooked and no Connacht full-back in the mix at this point, it appears to be between Addison, Jordan Larmour and Mike Haley for a starting slot against Scotland in the Six Nations opener next month.

Is he aware of the recent praise coming his way?

"It’s a compliment, but if you look down the road at Leinster and Munster, Jordan Larmour and Mike Haley are in brilliant form as well," he said.

"I’m happy to be back playing off the back of a ban and happy to get the two wins. That pleases me more than any form I am in."

A Junior World Cup from 2012 aside, the back is yet to land silverware in his club career and says one of the motivating factors behind his decision to leave Sale after eight years was the vision outlined by the then incoming head coach Dan McFarland.

"Any success you get individually or internationally comes off the back of good performances and wins with Ulster. From the moment I came here it was looking to get success with Ulster. 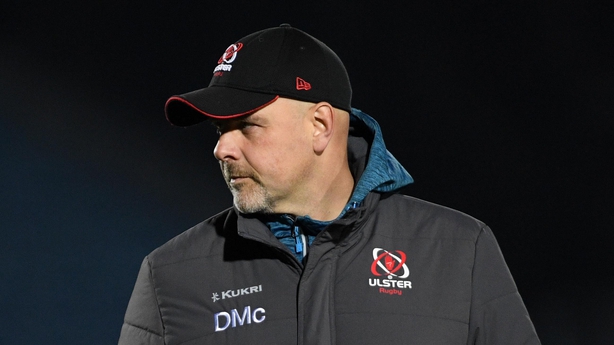 "Dan has come in and put in some good work ethic into the team. We are starting to get some good performances and off the back of that, you get mentioned as individuals."

The talk from the Ulster camp this week has been to treat the Pool 3 showdown at the Stade Marcel Michelin as a cup final, something Addison admits is somewhat unavoidable.

"You don’t need to be a mathematician to look at the pool and see that we are the two teams competing for the top spot.

"You are wary of what they do, wary of their home form, wary of the stadium, but you can either use it as a negative or appositive and we are definitely using it a positive."