Leinster head coach Leo Cullen wants Leinster to sharpen up during games, citing "mental lapses" as an area for improvement.

The Guinness Pro14 champions are currently on a winning run of 13 games in all competitions this season and sit 11 points clear at the top of Conference A.

They host Connacht, fourth in Conference B after recent defeats to Ulster and Munster, at the RDS on Saturday (5.30pm).

But Cullen feels that they must become more ruthless and kick on when in commanding positions. Allowing Ulster to pick up six tries in their 54-42 win was a sore point for the boss. 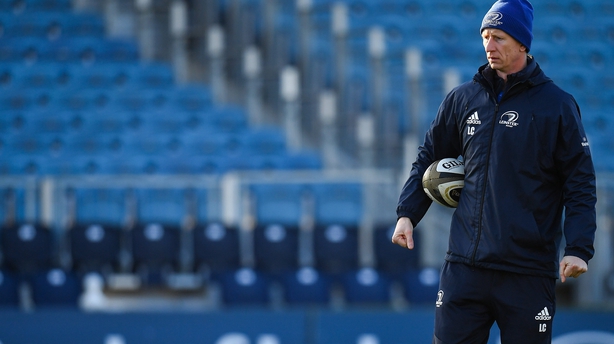 "For 50 minutes against Ulster the players acquitted themselves really well but then we have some of these mental lapses," he told Leinster Rugby TV.

"Ulster came back into the game; we gave up an intercept try, we dropped a ball just before half-time so they are easy points we are giving away.

"We need to tighten up our game and impose our game more on the opposition."

Leinster needed a try with the last play of the game to snatch an seemingly unlikely win in the corresponding fixture just over 12 months ago and Cullen is expecting a tight battle once again.

"They caused us a lot of problems that day, pulled us apart in different ways," he said.

"We’ve talked about that this week.

"They are a team that like to attack, very dangerous, a lot of pace in the back three. For us, it’s about being clear in our plan, shutting them down [early].

"We try and focus a lot of the time on ourselves , making sure our system is good in attack and defence."

He said: "[Leinster] have been impressing week-in week-out in the Pro14 and the Champions Cup and have set the standard so far this season.

"We really challenged them in the corresponding fixture last season and the lesson from that game is that to beat them you need to deliver a top class performance over 80 minutes, or they will punish you.

"That is exactly what we are asking of our boys, a consistent performance over the 80 minutes".