Joey Carbery looks set to make just his sixth provincial appearance of 2019 after being named among the Munster replacements for Saturday's sold-out Guinness Pro14 clash at home to Leinster (kick-off 6pm).

The 24-year-old has returned to full fitness after being sidelined since the World Cup with a recurrence of the ankle injury he sustained in the opening warm-up game against Italy last August.

Head coach Johann van Graan has made seven changes from the side that defeated Connacht last time out.

Haley starts at full-back with Dan Goggin and Shane Daly named on either flank. Scannell and Arnold pair up in the centres with McCarthy and JJ Hanrahan at half-back.

Wycherley and Holland start in the engine room with O’Donnell, Chris Cloete and O’Donoghue completing the side. 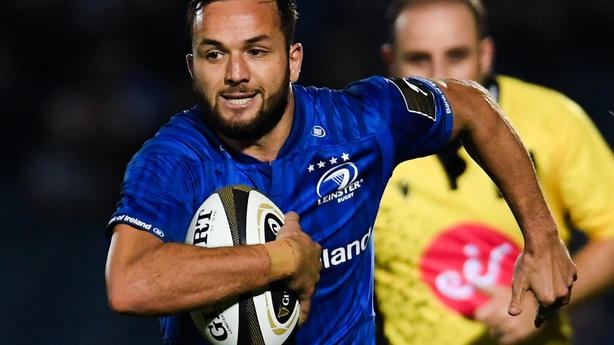 Leinster meanwhile have retained just four of the players that started the recent victory over Ulster.

Jamison Gibson-Park, Andrew Porter, captain Scott Fardy and flanker Will Connors remain in situ as Leo Cullen has decided to make wholesale changes for the away trip.