Donal Lenihan believes Ireland's move to the IRFU's new High Performance Centre at the Sport Campus Ireland in Abbotstown will help Andy Farrell to wipe the slate clean and kick-start a new era.

Farrell held his first training camp as head coach at the impressive facility on Sunday and Monday, laying out his plans for the future to the players ahead of the opening Six Nations clash against Scotland in Dublin on 1 February.

He takes the reins from Joe Schmidt, who walked away after six years at the helm following a disappointing World Cup campaign in Japan.

Ireland have previously been based in Carton House, but now they will tune up in a more secluded environment.

"There was perhaps a bit of a comfort zone with some players in the squad. There's a familiarity about going back to Carton House. You know the porters, you know the staff.

"There's also distractions because it's a hotel. There's loads of other people who are there on holidays or business or whatever and you become a focal point for them.

"You look at what Wales have in the Vale of Glamorgan... it's owned by the Welsh Rugby Union, nobody gets in there only Welsh teams and I would imagine that's what Abbotstown is going to be like over the next number of years." 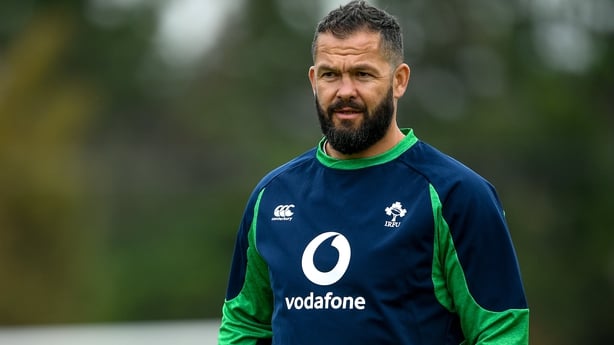 Ireland's new base has three outdoor pitches, an indoor pitch, a top-class gym and medical rooms.

A change, they say, is as good as a rest, and Lenihan feels the whole squad will benefit from their new surroundings.

"I know there's been some development squads that have trained out there, the Irish Sevens team had been preparing there for a number of their overseas engagements.

"This is Ireland's new home. I think the timing couldn't be better. It's a whole new regime. Even the guys who've been there a long time would have felt that sense of change.

"I think that's a good thing with the Six Nations  now only weeks away."