Ulster flanker Sean Reidy still thinks there is room for improvement ahead of the European Champions Cup clash against Harlequins despite winning their first three matches in the tournament.

Ulster made it three wins from three thanks to a narrow 25-24 wins over Quins last weekend to top Pool three ahead of Clermont Auvergne, who have claimed two wins but crucially three bonus points.

"We left a lot of points out there and probably got dominated at the breakdown a little bit by (Chris) Robshaw and the other back-rowers so it's important we go over there and really take it to them," Reidy told Ulster's official website.

"They slowed up our ball and got a lot of turnovers. We got quite sloppy in the end.

"We certainly created opportunities here and made some good carries but then couldn't finish those two-on-ones and we were a bit sloppy with a few off-loads.

"We had a pretty harsh video review and we've got to improve on a lot of things. We have to front up over there."

England forward Kyle Sinckler will captain Quins for his first home appearance of the season while Santiago Garcia Botta returns at loosehead after his recent wedding. Flanker Will Evans also starts after being rested for a fortnight.

Harlequins head of rugby Paul Gustard said: "We were disappointed to come away with the one-point loss in Ulster last weekend and we have been working hard this week to assess the critical few and put our energy into those.

"The players have taken good ownership of the week and driven the detail and energy. We look forward to welcoming Ulster to what we hope will be a noisy Stoop on Friday night.

"It is a great opportunity for a couple of our players who are returning from injury to move the jersey forward in what is a must win game for us if we are to have a chance of competing in this competition." 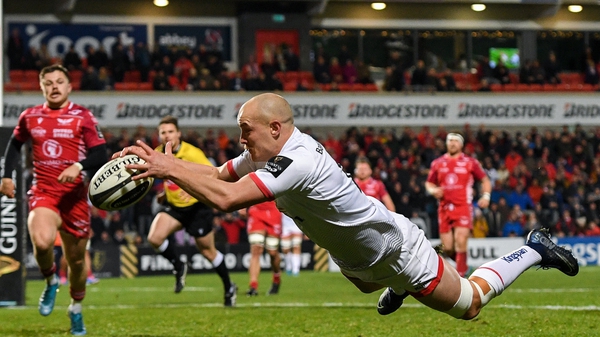 Two changes for Ulster as they prepare for Harlequins