Robin McBryde says Leinster hope to find out the full extent of the injury to Johnny Sexton later today.

The out-half has been ruled out of Saturday's Heineken Champions Cup clash with Northampton (5.15pm) with a knee injury suffered in the 44th minute of the four-time winners' 43-16 win over the Saints at Franklin's Gardens at the weekend.

Sexton went down after a tackle by centre Matt Proctor and appeared to twist his knee.

"Until we have a scan we'll be just guessing," scrum coach McBryde told reporters. "We’ll find out that news a little later on today hopefully.

"There’s never a good time to have an injury, especially when things are going well, as they are currently.

"He’s in and around the group. He’s been part of the meetings this morning, contributing as ever so he’s pretty positive.

"We’re fortunate we have someone of the calibre of Ross Byrne to take his place." 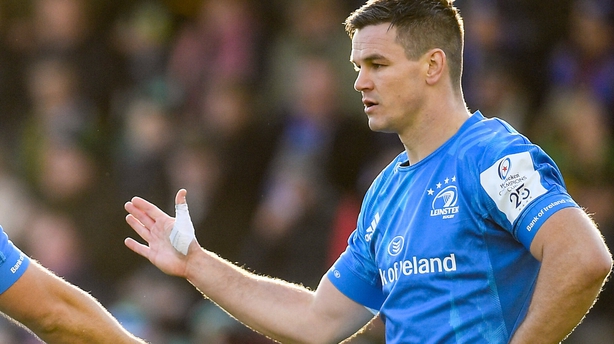 Asked if he felt that Sexton should be given more protection from the officials, McBryde said: "If you wear the number 10 shirt in any team you are going to be targeted.

"He’s experienced enough, he knows how to deal with that pressure. He’s not going to start waving a flag and saying 'I want special treatment'."

New Ireland coach Andy Farrell will also be sweating on the update with the opening Six Nations clash against Scotland on 1 February looming.

Centre Joe Tomane, meanwhile, will be out of action for six to eight weeks following a re-occurrence of a hamstring injury, while Rory O'Loughlin continues rehab on a shoulder injury and will not be involved this weekend.

Lock James Ryan is undergoing Graduated Return to Play protocols after being removed with a head injury. 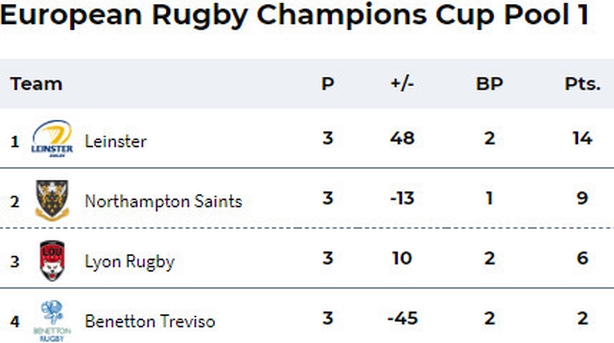