Connacht head coach Andy Friend recognised that his side were the architects of their own downfall following a 26-17 Heineken Champions Cup defeat to Gloucester.

The Kingsholm visitors were seeking a first ever victory over the Premiership side, and led 10-7 at the interval, but tries from Louis Rees-Zamit, Tom Marshall and Jake Polledri after the break ensured Gloucester keep alive their hopes of progressing to the quarter-finals.

John Porch and Quinn Roux responded with tries for Connacht, while Jack Carty contributed five points from the tee and Conor Fitzgerald added a conversion, but Friend admits his team made elementary errors at critical stages in the game.

"We were 10-7 up at half-time and looking good after playing some controlled rugby," he said.

"The message was to do exactly the same in the second half, but we didn't do anything like that.

"It's really frustrating as we got ourselves into some really good positions, but we needed to execute in those positions and not concede an 85-metre interception try. 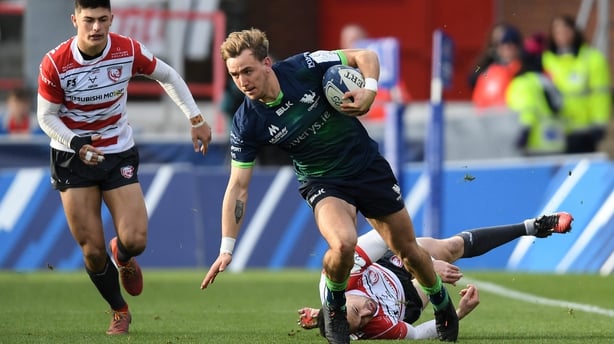 "Too many errors hurt us as we kicked the ball out on the full and when we picked up a yellow card, the game was gone

"I'm disappointed we didn't get a bonus point and we will need a really clinical performance at home next week."

Gloucester head coach Johan Ackermann admitted his relief after his side halted a run of five consecutive defeats with an unconvincing bonus-point victory.

"We were far from perfect but we hope that this win can kick-start our season as the last few weeks have been really tough with results not going our way," Ackermann said.

They [Connacht] put a lot of pressure on us at the breakdown, where we conceded a lot of penalties which killed our momentum

"The message went out at half-time that we needed to be patient and go through the phases as our discipline wasn't very good.

"They put a lot of pressure on us at the breakdown, where we conceded a lot of penalties which killed our momentum."

Gloucester now face a return fixture with Connacht next weekend.

"They are a massive team at home. They beat Montpellier there and we will have to reset to face a huge challenge," added Ackermann.

"However, the group is in Toulouse's hands for if they keep winning that's probably it." 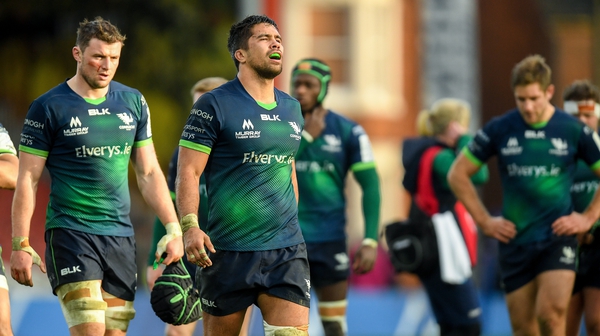