Leinster's strength in depth has backboned their trophy haul over the last couple of seasons and according to Felipe Contepomi, the jostling for starting positions is pushing the club in the right direction.

Leo Cullen’s side made it seven wins from seven in the Guinness Pro 14 with a 23-10 victory away to Glasgow Warriors at the weekend.

What made the win - a repeat of last season’s Pro 14 final - even sweeter was the fact that head coach Cullen went with a completely different line-up from the one that secured a hard-fought win away to Lyon in the Heineken Champions Cup the previous weekend.

A brace of tries from Cian Kelleher and 13 points from the boot of Ross Byrne helped the visitors claim the spoils and as far as Contepomi is concerned, the system and strategy in place is not dictated by the personnel selected.

"It doesn’t matter what names are out there, it’s the way we want to play," the Leinster assistant coach told RTÉ Sport’s Michael Corcoran.

"I think we are in a healthy spot, having so many players to pick from. They are pushing each other in a good way.

"Everyone is ready if they need to step in."

Top of the table both domestically and in Europe and yet to taste defeat this campaign, Leinster supporters head into the festive period full of confidence. 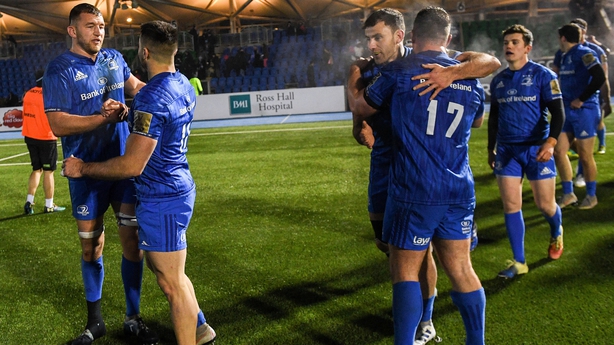 The next seven fixtures will see Cullen’s men tackle four European fixtures as well as three inter-pros, as the season really begins to take shape before the Six Nations break.

Back-to-back games against Northampton will be another examination of Leinster’s silverware credentials.

It may be early season in the Premiership, but the Saints currently sit top of the pile and claimed East Midland bragging rights at the weekend when they a 36-13 defeat on Leicester Tigers.

A trip to Franklin's Gardens in particular is fraught with danger, as Lyon discovered in the opening round of European action.

"They are the in-form team in the Premiership and they will ask a lot of questions," Contepomi says.

"They have had some big scalps in the past few weeks, coming off the win in a derby. And the way they won it was comprehensive.

"Hopefully it’s a great game because it will be two very good teams playing each other. Everything is set up for a great game of rugby." 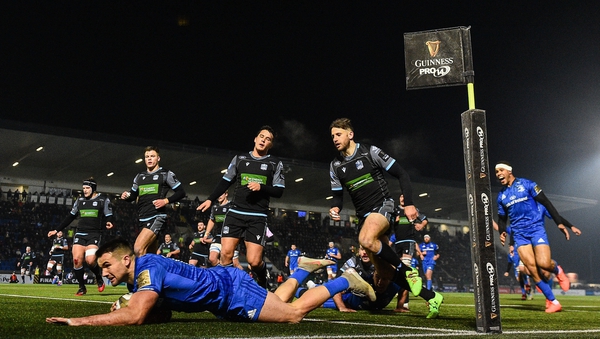 Kelleher on the double as Leinster win in Glasgow