Conor O'Shea will join the Rugby Football Union as director of performance rugby next year, the governing body has announced.

The former Ireland full-back O'Shea resigned as Italy head coach this month and was previously director of rugby at Harlequins.

"I am privileged and honoured and it is an incredible opportunity to join at a really exciting time for English rugby," said the 49-year-old, who will become the RFU's director of performance rugby.

"There is an exciting vision at the RFU. It is not just about winning tomorrow, but also about sustaining success and winning long into the future.

"We can really look forward to rejuvenating and re-energising the performance pathway to help, support and push England rugby on."

Nigel Melville earlier announced he will step down as the RFU's director of professional rugby in December.

O'Shea, who won 35 caps for Ireland, will be responsible for the leadership, management and strategic direction of the professional game in England.

He will work closely with England head coach Jones, however the England team remains the responsibility of the Australian, who will continue to report directly to Sweeney.

CEO Bill Sweeney said: "Conor knows Eddie Jones very well and will be able to integrate with what is happening at the highest level on the elite side of our game and making sure we have a seamless approach to player and coach development will be key.

"He has a good rounded balance of what it takes to be part of a high-performance system and he understands the world of the Premiership and the Six Nations so all of those are important credentials for us." 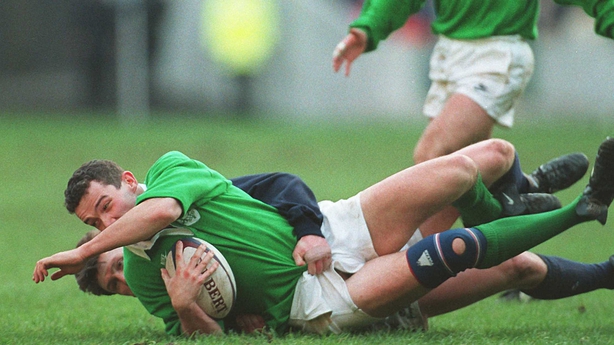 Melville, who joined the governing body in July 2016, has opted to pursue new opportunities.

"I am proud of all that the organisation has achieved over the last three years during some challenging times," said Melville.

"I believe that England Rugby is in a great place and that leaving after the 2019 Rugby World Cup is the right time as the RFU start a new era and prepare for the next Rugby World Cup cycle."

During Melville's tenure, Eddie Jones' England reached the World Cup final in Japan where they were beaten by South Africa earlier this month.

The 58-year-old also acted as the RFU's interim chief executive in the first half of 2019, ahead of Bill Sweeney's arrival as CEO in May.

Sweeney said: "On behalf of everyone at the RFU, I would like to thank Nigel for his valuable contribution to the organisation and to England Rugby.

"His professionalism and knowledge of rugby and sport is outstanding and he will be missed. In particular, I am grateful for the support that he has given to me since I joined. He leaves with our very best wishes for the future."