Toulouse claimed a winning bonus point with the clock in the red after a 32-17 victory over a plucky Connacht side in the Heineken Champions Cup.

Coming into the game with a lengthy injury list, against a Toulouse side that hadn't experienced defeat at Stade Ernest Wallon in well over a year, few gave Andy Friend’s side much chance of replicating their famous 2013 upset.

However, two tries in the opening 40 minutes ensured that Connacht trailed by just a point at the interval and were pushing for at least a bonus point with the clock moving into the red at the end of the contest.

The hosts, however, struck with their fourth try of a wet afternoon through Pita Aki to make it two wins from two in Pool 5 and ensure the Irish province left France empty-handed.

The first half was full of flowing rugby with the sides sharing four tries.

Powerful lock Ultan Dillane put the visitors on the front-foot with a powerful carry in the 11th minute. After being brought down the ball was spread wide for Farrell to race through a gap in the visiting defence before running in unopposed from 40 metres out.

The response however was emphatic. Thomas Ramos made an incisive break before offloading to Sebastien Bezy who raced through to touch down underneath the crossbar. Ramos was successful with the conversion to level the scores before putting the hosts ahead with a further three points a few minutes later.

Connacht, while under pressure, managed to repel a number of attacks before taking the lead through Caolin Blade on his 100th appearance for the province. 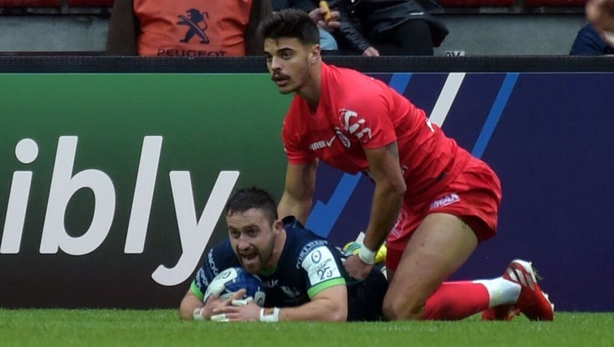 Flanker Colby Fainga'a spotted a gap and the Australian galloped 50 metres before showing tremendous composure and awareness to pop the ball to the onrushing Blade.

Three minutes later, however, Fainga’a was sin-binned for a tip tackle on Roman Ntamack and the inevitable duly arrived shortly after.

The visiting defence was creaking - Connacht coughed up eight penalties in the opening 40 minutes - and Yoann Huget claimed the final score of the half to get over in the corner. 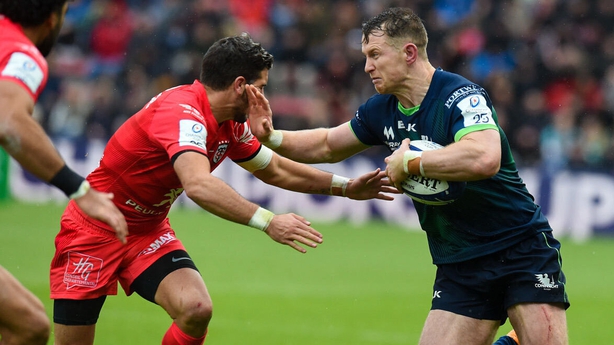 A Conor Fitzgerald drop-goal was the only score of the opening 20 minutes of the second half, but a long-range Thoams Ramos penalty nudged the hosts back in front.

Wave after wave of pressure on the Connacht line saw captain Jerome Kaino barrel over in the 63rd minute, but they had to wait until the final play of the game to seal all five points. 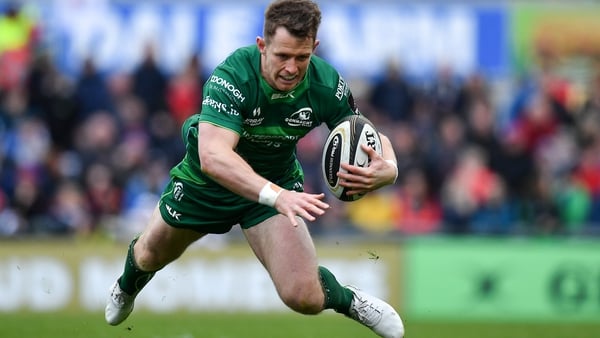