The former Ireland head coach, who will appear on The Late Late Show tonight, revealed that the then national team captain considered retiring such was the backlash over his and fellow Ulster and Ireland team-mate Iain Henderson's appearance at the court during the rape trial in 2018.

Both accused were subsequently acquitted.

But the start of the trial coincided with the start of Ireland's ultimately successful Six Nations campaign and the furore that accompanied the captain's appearance almost forced Best to walk away from the game, wrote Schmidt is his book, Ordinary Joe, which was released yesterday.

"It was uncomfortable for all of us," said Schmidt, who stepped down as Ireland head coach after the World Cup defeat to New Zealand.

"But it particularly magnified the stress Rory was already under, and he considered relinquishing the captaincy. He even thought about walking away from the game completely such was the fallout for his family and those around him.

"Most of the players in the squad have played or trained with one or both of [Jackson and Olding].

"Rory Best and Iain Henderson attended the trial on Wednesday, which is the players' down day.

"None of the management were aware that the two players were going to attend, and the outrage that followed was difficult for everyone in the group.

"Social media whopped themselves into a frenzy and there was a lot of coverage in the mainstream media.

"A number of people claimed it was inappropriate for the Irish captain to be released from national camp to attend the trial, but anyone who knows our weekly structure would have been aware that players return home on Tuesday afternoons for a break before reassembling on Wednesday evening.

"We refused to comment on anything to do with the trial and we didn't realise how hostile some of the commentary had been until today [2 February 2018]."

The Late Late Show airs on RTÉ One and the RTÉ Player at 9.35pm. 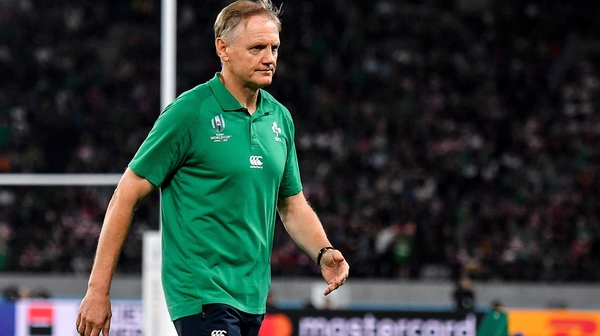 Schmidt: Ireland lost 'confidence' prior to All Blacks clash