Even in the midst of a European double header, Connacht head coach Andy Friend was keen to stress how significant the news that Kieran Marmion had committed his future to the province.

The 27-year-old has endured perhaps the most difficult period of his professional career in recent months and speculation was mounting that the sniping scrum-half could be tempted for a move away from Galway, with Saracens among the reported suitors.

The Academy graduate has been a mainstay for Connacht since breaking into the team in 2012 – his maiden season saw the number nine start all 22 league games and six Heineken Cup fixtures – and was instrumental in the province's unlikely Pro 14 title four years later.

'It's huge for the club...these past few months have been really, really tricky for him' - @connachtrugby head coach Andy Friend on securing Kieran Marmion’s future at the Sportsground pic.twitter.com/2aTDpFIbJ1

Added to the international snub was a back injury and Friend admits that the scrum-half thought long and hard about a career away from the Sportsground.

I know he did a lot of soul searching

"It’s huge for the club," he told RTÉ Sport. "He’s been here for a long time now and it’s really important for us and Irish rugby that he has decided to stay.

"I think these past few months have been really, really tricky for him, and that all played out last week when he was looking to make his decision. 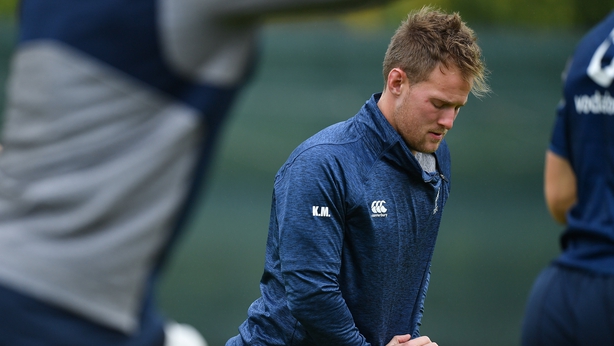 "He knew that we wanted him to be here, and he has come to that decision himself."

The three-year deal take the Welsh-raised player past his 31st birthday and Marmion says he is pleased to have finally sorted out his future.

"I'm delighted to be staying on here. I’ve been here for eight years now so it’s like home to me. It’s great to continue that."

His watching brief will continue this weekend when Connacht travel to Toulouse seeking to replicate their memorable win in 2013, a game where Marmion picked up the man of the match ward in the 16-14 victory at the Stade Ernest Wallon.

Indeed when Connacht fans will see Marmion back in provincial colours is still unknown despite a recent scan on his back.

"Hopefully sooner rather than later, but we haven’t really got a time frame on it at the moment." 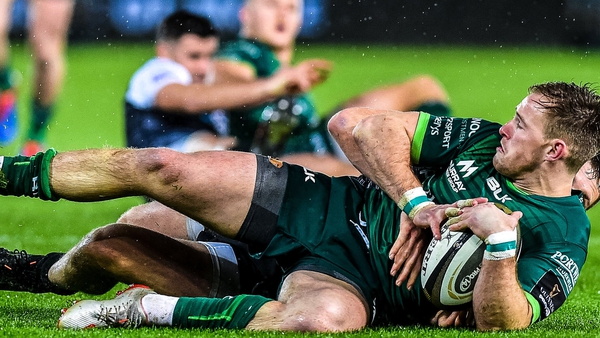