Saracens are set to drop their planned appeal against a £5.4m fine and a 35-point penalty for a breach of the salary cap.

The back-to-back Premiership champions and reigning European champions had initially announced their intention to appeal against what they deemed to be "heavy-handed" punishments that were further described by club chairman Nigel Wray as "absolutely devastating".

But ahead of Monday's deadline to officially serve notice of appeal, Saracens are now poised to confirm they will not be doing so.

While an appeals process was in place, the sanctions were initially suspended.

The points penalty, however, will come into immediate effect on Monday once the club has confirmed its decision.

It means Saracens, currently third in the standings on 13 points, a point behind leaders Bristol, will sit on -22 points, 26 adrift of bottom club Leicester.

With regard to the fine, which totals exactly £5,360,272.31, it is understood the club will be given a short period of time to make payment. 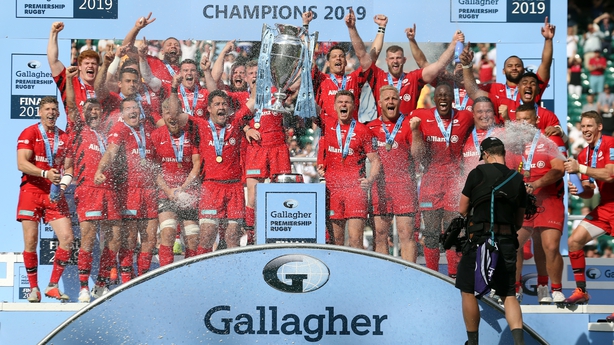 An independent panel, led by barrister Lord Dyson, found the club had failed to disclose payments to players in each of the 2016-17, 2017-18 and 2018-19 seasons, and had also exceeded the ceiling for payments to senior players.

No details have been revealed on the size of the undisclosed payments or the recipients but Premiership Rugby's investigations were thought to have centred around Wray's involvements in companies such as VunProp Ltd (Mako and Billy Vunipola), Faz Investments Ltd (Owen Farrell), Wiggy9 Ltd (Richard Wigglesworth) and MN Property Solutions Ltd (Maro Itoje).

The panel was established after a nine-month Premiership Rugby investigation led to charges being brought in June. The panel upheld all the charges.

Shortly after the punishments were announced, Wray reiterated his belief the club had not broken the salary cap by entering into co-investment deals with players. He also stated players would not have to be sold.

If that is the case then those players will form the focus of attention as they will face a fight for survival in a bid to avoid relegation, rather than chasing a third consecutive domestic league title.