Johann van Graan believes that Munster's late drive for a bonus point could prove vital in the final telling of their Heineken Champions Cup pool.

The two-time winners scored their fourth try against a depleted Ospreys in the 85th minute of a 32-13 win in Swansea.

Thrown into a group with holders Saracens and Racing 92, Munster, semi-finalists in the last three seasons, have a tough task to reach the knockout stages and the five-point haul from their opening game may end up being the difference.

"You’ve got to fight for every point in this competition and we’ve seen before that one point right at the end of the pool stages could be defining for home and away [quarter-finals], for qualifying," the Munster boss told RTÉ Sport. 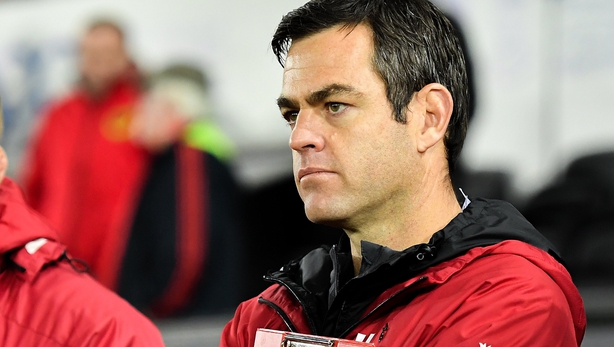 "We said in all six games in this competition let’s fight for 80 minutes and we had to fight for even more.

"After round six we’ll see where we’re at and if we are good enough to qualify."

With the clock in the red Munster appeared to have lost their chance as Ospreys were awarded a penalty but the Welsh side failed to get the score that would have resulted in a losing bonus point.

Van Graan, whose side host Racing 92 next Saturday, was pleased with how they worked their way back into position

He added: "We defended well, got the turnover, kept going, got the penalty and then went to the corner and great for the lads to finish it. It’s a big bonus for us and now we go home for a massive week." 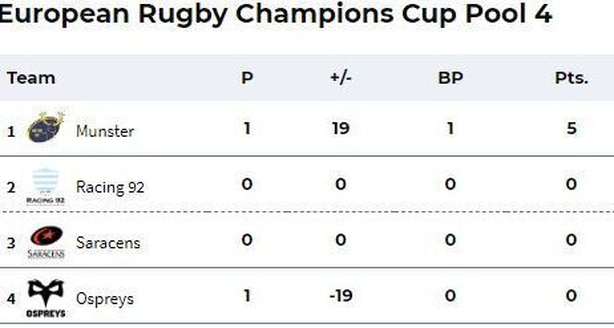 Ospreys head coach Allen Clarke said: "When the draw came out and we got Munster at home we envisioned we'd have our strongest team out on the park.

"If we had everybody available to us I would have fancied us. We showed a lot of tenacity and fight in every aspect of the game against a side who really challenged us.

"All credit to Munster but for us the scoreline probably did us a disservice in terms of the effort.

"What we've got to improve is our quality, our accuracy and execution."