As difficult as it must have been, Ireland Women's head coach Adam Griggs tried to focus on the positives from a dramatic 15-13 defeat at the hands of Wales at the UCD Bowl.

Griggs was hoping to see his team claim victory in their only outing in the November international series, and having lost the last three home games, looked set to arrest that form deep into added time.

At that stage Ireland had the put in to their own scrum and a 13-10 lead, but the visitors dug deep to win the penalty, kick to the corner and replacement Keira Bevan dotted down to claim a last-gasp win.

There were some memorable moments. Linda Djougang and Enya Breen crossed the line in either half, a number of players made their debuts including starting lock Judy Bobbett, while Eimear Considine was arguably the outstanding player on the field.

Something to build on according to Griggs, notwithstanding the dejection in the home dressing room.

"Wales, fair play to them, they put us under pressure and ended up getting over the line," he told RTÉ Sport. "It's certainly something we have to get better off, seeing off games.

"Everything over the last six weeks has been building towards this. We had good preparation, and there are positives to take from the performance, but what it really showed is that we have to maintain that intensity for 80 minutes. 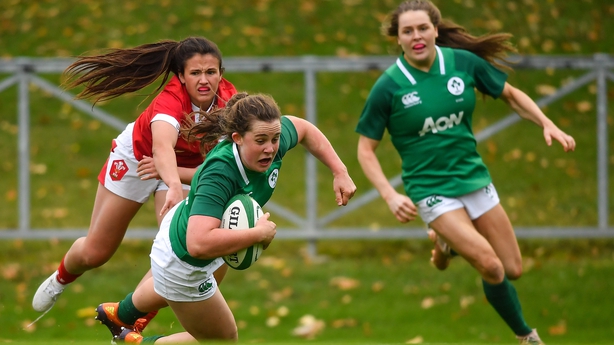 "Even after half-time, there was a line break, we had the ascendancy but didn’t come away with the points. They are devastated.

"Tough days like this will only make us better. If that happens again, they will have better answers than we had today."

Djougang’s first try for Ireland ensured a 5-0 interval lead, while Breen finished off a slick move shortly after the break to extend the advantage, but the head coach admits it was a "patchy" performance from his team.

"In the first-half we had some nice touches, put them under pressure and got into the right areas of the field and then didn’t capitalise.

"Same thing second half, we started to move the ball really nicely. We spoke about stretching them and we did that, but going into touch, turnovers that were just too easy. You can’t let teams off the hook that easily.

"It was certainly a game that was there for the taking." 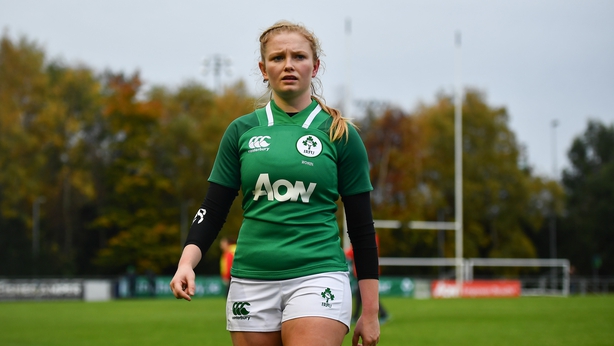 The squad will have a training camp next week before returning to their clubs and their next meet-up will be in January ahead of the Six Nations.

As far as Griggs is concerned, the increased competition for places is improving the quality of the team, a goal of his from the outset.

"Over the last couple of years since I have been involved, it has been about building depth. The game of rugby will always have injuries and we have to have depth. That will evolve for the next while.

"I was really happy with the debutants that came on. They showed that they can play at this level." 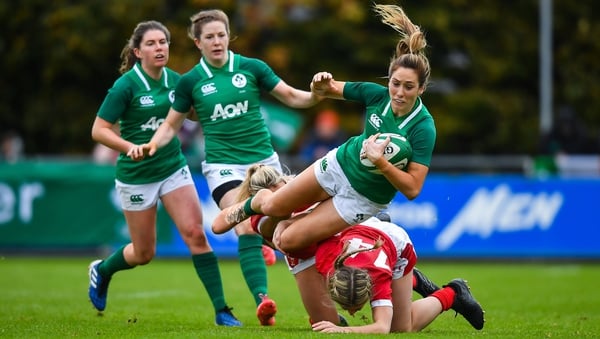