The 33-year-old hooker has failed in his bid to recover from a knee injury, prompting Thursday's announcement by his club, Northampton.

Hartley said: "I am extremely proud of my journey, both with Saints and representing England, but now is the right time to hang up my playing boots."

The New Zealand-born front rower is England's second-most capped player of all time, having turned out for the Red Rose on 97 occasions and led the side for 30 Tests as captain.

Hartley, the Premiership team's longest-serving player, retires at the start of his 15th season at Franklin's Gardens with 251 appearances and eight years as captain to his name. 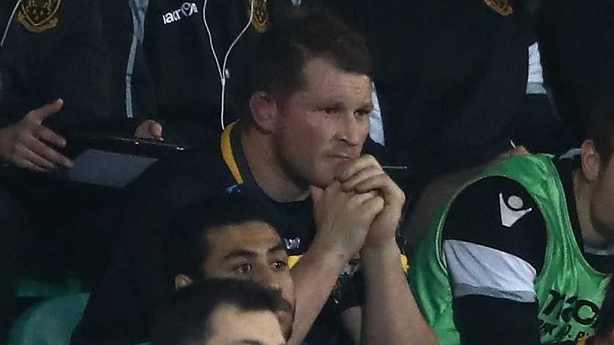 He continued: "The last few months have been difficult for me both mentally and physically as I've come to terms with the fact that I am no longer able to compete, but I have to thank all the staff at Saints who have all invested so much time in helping me with my rehabilitation."

Hartley added: "I have loved my journey in rugby. I came to England as a teenager hoping to get a few games of rugby and to see the world. I could have never predicted that one day I'd play 14 years for such a special club and go on to represent and captain England.

"Northampton Saints has been more than just a club to me. It has been a place that has provided me with direction, purpose, a sense of family, home and belonging; and ultimately a community that I was so proud to represent every time I got a chance to play.

"My career wasn't perfect, but I wouldn't have had it any other way. I'm privileged to have experienced some amazing highs while there have also been some personal lows, all of which are powerful experiences that will stay with me forever. The final chapter of my career was supposed to go a different way, but that is the nature of professional sport.

"I would not have been able to achieve what I have without the support of my wife Jo, my family, my friends and my team-mates. To them all, I am incredibly grateful for their love and unwavering support."