Meanwhile, England have sprung a major surprise for their World Cup quarter-final against Australia by dropping George Ford and naming Owen Farrell at out-half.

Ford has been superb as playmaker-in-chief since his restoration at 10 during the warm-up series for Japan and started all three group games in the position, but he is confined to a bench role for the Oita Stadium showdown.

Instead, Farrell will pull the strings as coach Eddie Jones reverts to his first choice midfield from the Six Nations, in which England's captain played inside centres Henry Slade and Manu Tuilagi.

The decision has shades of the World Cup four years ago when Ford was dropped for the pivotal group game against Wales in favour of Farrell, who on that occasion formed a heavyweight trio alongside Sam Burgess and Brad Barrett.

Jones has made three changes in personnel and two positional switches in pursuit of a semi-final against either New Zealand or Ireland.

Mako Vunipola is restored at loosehead prop after successfully making his latest comeback from a hamstring injury against Argentina, England's last outing after their Pool C finale against France was cancelled due to Typhoon Hagibis.

Vunipola's return means Joe Marler drops down to the bench where he joins second row George Kruis, who has lost his place in the starting XV to Courtney Lawes.

The two positional switches are Farrell's shift to fly-half and Tuilagi's move from outside to inside-centre.

"Australia are a clever team, they will have some specific attacking strategies to play against us so we need to have a great situational awareness," Jones said.

"We need to defend with brutality and when we have the ball we need to play on top of them." 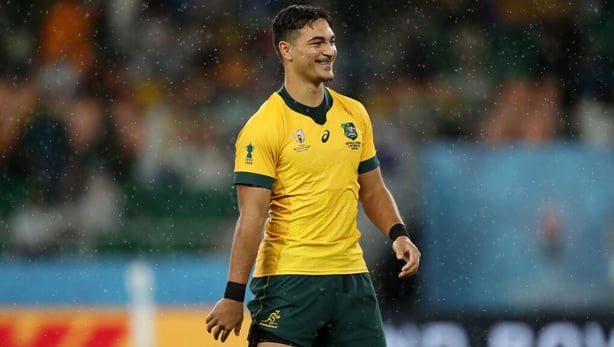 Teenager Jordan Petaia will play his first test at outside centre in Australia's biggest game for four years after being included in Michael Cheika's starting side on Thursday for their World Cup quarter-final against England.

The 19-year-old, who made his test debut in the pool match against Uruguay, replaces James O'Connor and joins Samu Kerevi in a centre partnership which will face off against England's re-worked midfield of Manu Tuliagi and Henry Slade.

Reece Hodge will play outside Petaia on the right wing after being recalled following his three-match ban for a high tackle in Australia's opener against Fiji, bringing with him long-range kicking skills that could be crucial in a tight match.

Inside Kerevi for Saturday's game at Oita Stadium will be flyhalf Christian Lealiifano and scrumhalf Will Genia after Cheika tinkered with his halfback partnership for the fifth time in five matches.

There was no tinkering in the back row, however, where the combination of opensides Michael Hooper and David Pocock on the side of the scrum will be complemented by the power of Isi Naisarani at number eight.

That combination can leave Australia short of line-out options but Cheika does have locks Adam Coleman and Lukhan Salakaia-Loto among the five forwards on the bench.

Kurtley Beale will start at fullback having completed the concussion protocols after suffering a head knock in Australia's final pool match against Georgia last Friday.

Cheika has also given youth a chance on the bench with 23-year-old Taniela Tupou favoured over the experienced Sekope Kepu as back-up tighthead. 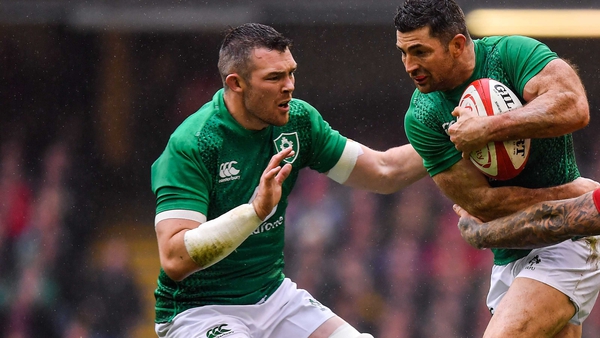 Ireland opt for experience to take on All Blacks