When Ireland lock Jean Kleyn packed his whole life into three bags and boarded a plane for Munster in 2016, he insists he left behind any ambitions of playing for South Africa.

Kleyn qualified on residency just two days before his Ireland debut, the 29-10 victory over Italy in Dublin on 10 August.

The 26-year-old second row then duly dislodged stalwart Leinster lock Devin Toner from Ireland's 31-man World Cup squad, in a shock so seismic as to leave Brian O'Driscoll in disbelief.

Kleyn's fast-track route into the Ireland set-up came under renewed scrutiny in the wake of Toner's World Cup omission, with criticisms again raised over the impact of project players.

The former Stormers lock has now claimed that the day he left his native South Africa for Munster was the day he consigned any Springboks aims to the past.

"I figured that if I was coming over I couldn't have the thought that I'd go back some day," said Kleyn.

"If I did that, then I'd get a year into it and be homesick, whereas when I committed I committed fully.

"I basically came over with my entire life packed into three bags and that was it for me.

"I knew that was going to be it for at least the near future, if not the indefinite future.

"I think just when you get to Ireland you realise the lifestyle is so brilliant."

Ex-Springboks number eight Rassie Erasmus was the coach who helped lure Kleyn to Munster in 2016. 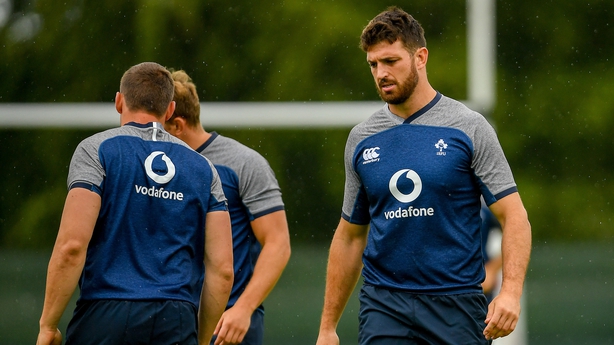 Erasmus has since stepped into the Springboks hot seat and has whipped together a potent squad capable of contesting the top honour at this World Cup.

Asked if Erasmus had ever sounded him out about a return to South Africa, Kleyn said: "No, I think Rassie was well aware of the fact that when I came I came for good.

"I'd have no ambition to go back to South Africa to play rugby, so no I was never approached by Rassie, no."

Kleyn admitted he fully expected criticism of his residency qualification and rise to Test rugby with Ireland.

World Rugby has extended the residency qualification period from three to five years, to come into force at the end of next year.

Ireland's naturalised stars have consistently faced barbs in some quarters over their status, but even World Rugby vice-chairman Agustin Pichot waded in when Kleyn made the World Cup squad.

Pichot said he would be asking World Rugby for "answers" were he in Toner's shoes.

To the detractors of the system that has allowed him to represent Ireland, Kleyn simply promises to do the nation proud.

"I'd say there was always going to be a bit of backlash," said Kleyn.

"It's a great honour to represent my adopted country. You sit and wait for the phone call and when you get the acceptance e-mail it's brilliant.

"Three years of hard work has paid off. Hopefully I can do Ireland proud now.

"It did happen faster than I thought it would. I was brought over before the Currie Cup. Back then it was mentioned but I never thought I would even make it into the training group, never mind the actual 31-man squad.