Ireland are "hugely proud" of the way Bundee Aki embodies the spirit of representing his adopted nation, according to Rhys Ruddock.

Connacht centre Aki has this week stood firm on his status as an Ireland player, and now his team-mates have also leapt to his defence.

New Zealand-born with Samoan heritage, the 29-year-old Aki has been criticised in some quarters for chasing a Test career with Joe Schmidt's squad.

Aki has not only qualified for Ireland on residency, he has also since rejected strong overtures from France to continue to commit to Connacht.

A range of former Ireland players have hit out at Ireland's naturalised stars, while New Zealand assistant coach Ian Foster said directly of Aki in November: "They've turned him into an Irishman - he looks like an Irishman now, doesn't he?"

Ireland's players regard Aki as among their most committed and focused, as Leinster loose-forward Ruddock was at pains to point out.

"We're hugely proud of him," said Rhys Ruddock of his team-mate.

"I don't think anyone could argue that he's one of the people who most displays the values of the group, and every time you see him play for Ireland you really see the passion and the emotion that he brings.

"And I think he represents the jersey with pride every single time." 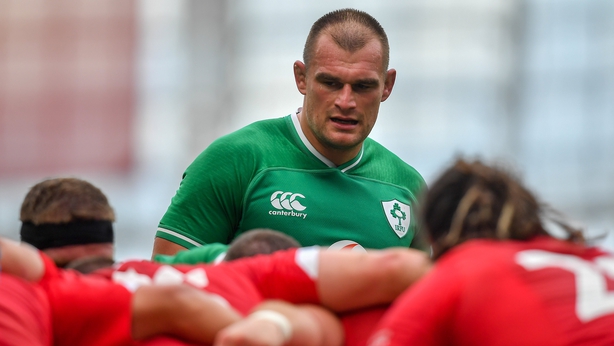 Ruddock is joined by brother and strength and conditioning coach Ciaran in Ireland's World Cup ranks.
Born to an Irish mother with their father just happening to be Wales' 2005 Grand Slam-winning coach Mike, the Ruddock brothers know a thing or two about complicated backgrounds.

Rhys Ruddock admitted hearing his and his brother's Welsh accents could lead some to make snap judgements on their loyalties or heritage.

And that has left the 28-year-old star in no doubt  about what matters most when it comes to his team-mates.

"Obviously people have opinions on these things. But people might not know our full situation or our background," said Rhys Ruddock.

"If they just hear the accent they might have an opinion on us playing for Ireland and representing Ireland. But it is what it is.

"I think everyone in the group is hugely proud (of Aki) and there's a huge responsibility associated with putting on the jersey, but I think everyone represents the group massively well within this squad, so it's great."