Robbie Henshaw's hopes of playing at the Rugby World Cup have been handed a boost after a positive injury update from the Ireland camp.

The Leinster centre complained of tightness in his hamstring injury during a training session with Ireland and there were immediate fears that his World Cup campaign could be over before it's begun.

Henshaw underwent a scan to diagnose the severity of the injury at the weekend and the Irish management viewed those results as 'reasonably positive'.

The 26-year-old will be given every chance to prove his fitness and will be assessed on a daily basis.

While Sunday's World Cup opener against Scotland may come too soon, there's is optimism that he'll be fit and available for later pool stage games.

But Ireland scrum coach Greg Feek insisted Henshaw's early reaction to his hamstring issue allows team bosses to hold out hope he can recover to take part in the competition.

Asked if Henshaw had been ruled out for the Scotland match, Feek said: "Well not really but you can read between the lines. Robbie's looking very, very unlikely for this weekend obviously.

"But we've just got back from training and still sorting things out, but I think it's reasonably positive in terms of what we saw.

"Some of these guys, day by day, week by week, they can improve dramatically as opposed to the average human. So we'll just take it like that at the moment.

"It's looking positive, so from here on in we'll just see how it goes in the next few days and then maybe reassess in the not-too-distant future." 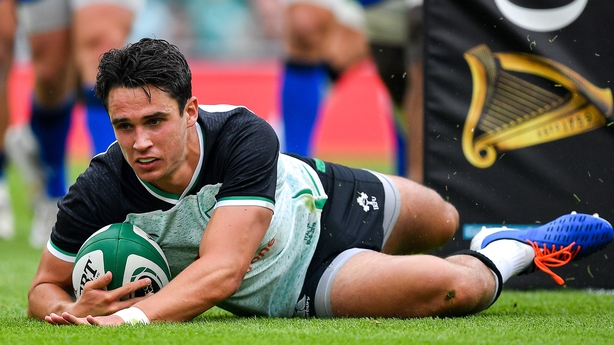 Feek also confirmed that Joey Carbery trained fully on Monday, leaving him well placed to feature against Scotland at the weekend.

The 23-year-old had faced a race against time to be ready for Ireland's World Cup opener, but now seems to have pulled off that feat.

"Joey was running around today and trained, he looked pretty good," said Feek.

"So we're just all really happy for him more than anything."