Former England captain Dylan Hartley says his World Cup omission left him feeling like he had died and it continues to keep him awake at night.

Hooker Hartley dreamt of ending his international career by guiding his country to glory in Japan.

But he was left out of head coach Eddie Jones' 31-man squad for the tournament having failed to overcome a serious knee injury suffered in December.

"When the World Cup squad was announced, it was almost like I'd died - friends getting in touch and seeing if I was OK.

"Ultimately, the way I looked at my whole rugby career and how I wanted it to pan out, and how it was going, was that this would have been the ultimate send-off, the dream finish to an international career.

"The reality is you pick up an injury.

"For four years we have talked about winning the World Cup with Eddie, and I have led that group, been a part of that journey, so to fall at the final hurdle... I don't know the feeling.

"I wake up most nights thinking about it. It doesn't sit well with me, but I have come to terms with it. You have to crack on."

Hartley, who has been capped 97 times, still harbours hope of resurrecting his England career. 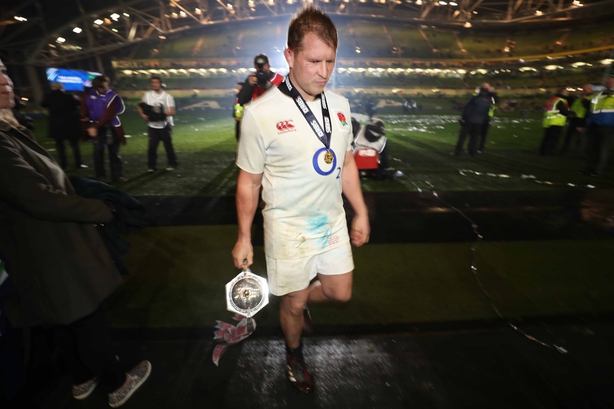 The 33-year-old has not featured at any level of rugby since representing club side Northampton in a Gallagher Premiership clash with Worcester almost nine months ago.

While he was unwilling to provide specific details about the issue with his left knee, referring to his medical records as "private", the New Zealand-born player admits he aggravated the problem by attempting to rush back.

He has since spent a fortnight in Philadelphia working with strength and conditioning specialist Bill Knowles, whose previous clients include Andy Murray, and feels that treatment was beneficial.

"I basically ended up in a worse position for trying to come back too early. Ever since that happened, I knew I wasn't going to make the (World Cup) deadline.

"Everyone asks when you are coming back but I have learned that you do not put a time frame on it, because when you are 10 days out from it and you know you're nowhere near, you can play these games in your head and it's tough.

"At the moment I'm building my tolerance to be able to run every day and participate every day."