England's World Cup quest got off to an inauspicious start as they fell victim to the chaotic fallout from Typhoon Faxai, with the squad stranded at Narita International Airport.

Eddie Jones' squad have been marooned for almost four hours because of the damage caused by the storm that swept through Tokyo overnight.

Ferocious winds of 105mph, heavy rain and large waves forced the cancellation of scores of flights and had prompted Australia to push back their arrival, but by the time England landed the stormy weather had passed.

Following an hour-long wait before disembarking from their British Airways plane due to the shortage of buses, they were then told that their transfer into Tokyo was unable to reach the airport because of congestion.

Main roads feeding Narita - which is 66km away from the team hotel in Shiodome - are gridlocked because of the destruction caused by the storm, while all trains have been suspended.

Meanwhile Haneda Airport, which is 20km distance from Tokyo, was operating with only minor delays.

England are scheduled head into Tokyo for one night before departing for a pre-tournament training camp in Miyazaki.

"We are excited to arrive in Japan, it is a great honour and privilege to represent England and we are looking forward to the tournament," said Jones upon arrival at Narita.

"This is a unique World Cup. It's the first time in a tier-two nation so our ability to adapt quickly will be imperative.

"Every one of the 20 teams goes into the World Cup with the target of being at their best. We think we have prepared well so we have put ourselves in a good position."

England have built encouraging momentum heading into Japan 2019 after routing Ireland in record fashion, toppling Wales at Twickenham and thrashing Italy in Newcastle.

The only stain on the summer's four Tests was a narrow defeat to Wales in Cardiff.

"We used our warm-up games effectively. We were able to experiment with selection and tactics and have developed a solid platform game," Jones said.

"Our ability to adapt to different conditions, different teams and different referees has improved." 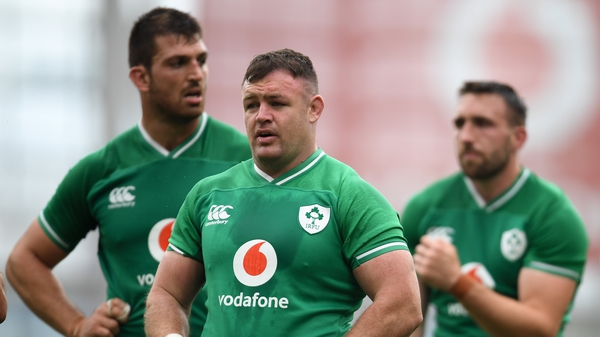