Should Ireland beat Wales today they will claim the number one ranking for the first time ever.

And with that Joe Schmidt will bid farewell to Ireland after six years in charge of the national side.

Coming just two weeks after what happened at Twickenham it's hard to credit but such are the vagaries of World Rugby’s system.

If it happens then Schmidt will pass it off with genuine modesty but in a few years’ time, when he looks back at his Irish experience, it will sit pretty sweet.

The New Zealander is the most successful national coach ever having led the side to three championships since taking over at the back end of 2013, when Ireland were eighth in the world rankings.

Prior to that he was in charge of Leinster for their 2011 and 2012 Heineken Cup wins as well orchestrating Challenge Cup and Pro12 titles in 2013.

IRELAND v WALES: ALL YOU NEED TO KNOW

Schmidt has taken charge of 67 Ireland games and won 48, just under 72 per cent of his matches.

But people have short memories, says Tommy Bowe, the former Ireland wing, who won 18 of his 69 Irish caps under Schmidt, playing in both the 2011 and 2015 World Cups.

The Monaghan native feels failure to qualify for a first-ever semi-final might well unfairly tarnish his legacy.

"There is no doubt he deserves every accolade he gets and Ireland being number one for the first time ever, that’s another box ticked," Bowe tells RTÉ Sport.

"People might look at that England match and say 'what a joke’ but look at what Joe has done for Ireland.

"We had never beaten the All Blacks, he’s beaten them twice. We’ve only ever won two Grand Slams in the history of Irish rugby, he’s won that and two other Six Nations.

"We won a tour in Australia, beat South Africa away. He has done it all, with Leinster as well, the European Cups that he’s won.

"But unfortunately I fear that what he has done, as incredible as it is, if Ireland were to fail at the quarter-final it would seriously damage his reputation, which is so unfair and totally unjustified but that’s the job of a coach." 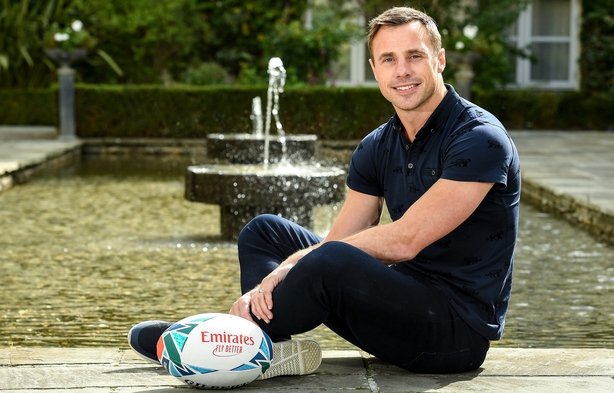 Bowe's international career came to an unfortunate end in 2017, coming on as a late replacement against Wales in Cardiff before breaking his leg seconds later.

Schmidt was the third Ireland head coach that  Bowe played under and he recalls the Kiwi as a "details" man and admits that a fear factor still remains when the two cross paths.

He says: "I remember one of the first meetings, he sat down and said that he will be the most prepared coach that we’ve ever had. Everything will be down to the smallest of details, he will have prepared it all.

"But he expects that same from us as players, to do whatever we have to do.

"An Ireland team will probably do 90% of the training that other Six Nations teams do because of the work and analysis that goes on behind the scenes.

"That means the players should be fresher than the other teams.

"Joe is a great guy and that’s what people see.

"He might do a questions and answers session and people would think butter wouldn’t melt in his mouth but you don’t get to that level by being someone who’s not able to make tough decisions, to make even the most senior players feel under pressure.

"We’ve met many times since I retired and there’s still a player-coach relationship between the two of us. I’m still on the fearful side, which I think is the way he likes it."

Tommy Bowe was speaking at a launch to celebrate Emirates sponsorship of the IRB's elite panel of referees and its Worldwide Partnership of RWC 2019.