With the premature announcement of the Ireland rugby squad it seems as though public opinion is divided and loyalty to province has come to the fore.

I'm sure that when the dust settles people will look at the 31-man list a bit more objectively and get behind their team in what is shaping up to be the most competitive World Cup for some time.

No team is threatening to run away with it just yet.

The headline omission is Devin Toner in the forward pack.

I didn’t see it coming with the issues that are in the lineout but if you break it down, Toner didn’t exactly shore up the lineout in the last few matches and personally I don’t think you can carry him in the hope of him securing the lineout.

Don’t get me wrong, set-piece is massively important in a tournament like this but there are many variables in the lineout.

There’s the obvious execution of the throw from the hooker, there’s the initial call by the lineout caller that operates within the system being coached to them, the decision within that call of where to hit based on the opposition defensive set up and many more nuances that I wouldn’t be privy to.

I’m not all too convinced that an extra couple of inches is the key to that.

Maybe I’m missing something and Toner’s lineout calling is superior as well as his height. 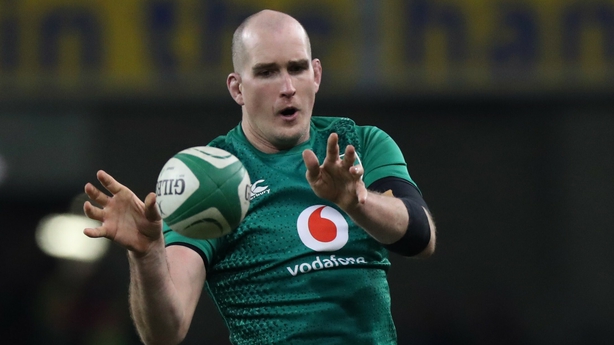 Around the pitch he is possibly the weakest of the five second rows. Beirne offers a different pace and ability over the ball and James Ryan and Iain Henderson are probably our best starting options with a mix of power in both defence and attack and their own abilities to run a lineout.

Kleyn is the one that everybody has the issue with because of his background. He only qualified to play for Ireland just prior to the Italy game via a three-year residency.

That aside, he manhandles people in defence, destroys rucks, which Joe is a big fan of and adds a lot of bulk to the pack.

We have given out for years in Ireland across many sports that we don’t pick on form and that some players get dragged along on reputation yet when we get a ruthless coach in to do the job we are unhappy as well.

Quite often we don’t see the stats when sitting on the couch. How many rucks were hit, tackles made and how effective these were for each player.

I’d notice it myself as a coach. You have an opinion on how a player went but it isn’t until you go back and analyse the game that you see how effective they really are.

A player might have no obvious missed tackles but when you replay the game they could have had a number of soak tackles that gave the opposition the momentum. 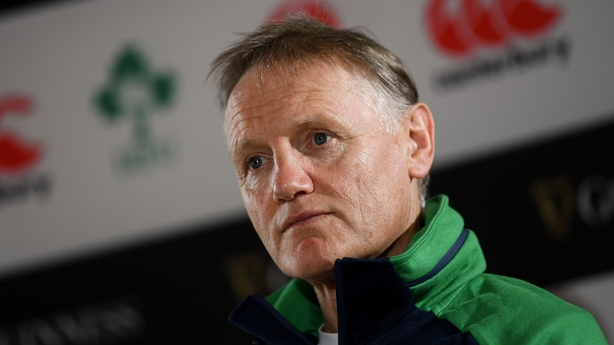 There’s a lot more to it and we have to now trust that Schmidt and his team are in the best position to make these decisions.

In saying that, I’d love to know what his explanation was in dropping Kieran Marmion.

I’m a fan of Luke McGrath as a player. He’s confrontational and controlling, which you need in a scrum-half but I’m not sure he’s done more than Marmion.

The Connacht man brings his own tempo and unpredictability which is challenging for defences but maybe Schmidt needed a backup that was more predictable and controlling on the pitch.

His hand was possibly forced with only being able to select two scrum-halves but I still thought that Marmion was the firm favourite to go on the plane. He has of course played in big games for Ireland in the last two years.

One of the disappointing performances for me was Jack Conan. I just don’t think he did enough to force Schmidt to start him in the opening game.

These warm-up games can be tough to play in and CJ Stander didn’t have his greatest game against England either but that was a battering.

Ireland beat Wales and the Leinster forward didn’t stand out for me. In his defence, he did get going when the pressure came on and he started to carry ball in the Welsh 22 when Wales were trying to force a comeback.

However, we’ve often seen Stander get over the line in these instances.

It’ll be a tight call and there’s still the option to play Peter O’Mahony at 7 with Stander at 6 and Conan at 8 but I think with Scotland’s wide attacking game Josh van der Flier is going to be an important asset to get Ireland off to a winning start.

Ireland still had some jitters last weekend and the timing of some passes and set plays weren’t yet fluid.

The introduction of experienced players such as Johnny Sexton and Keith Earls this weekend might improve some aspects but there’s another important factor that needs some improving.

The lineout was protected last week which is understandable.

A high percentage of throws went to the front. The lineout almost represents the confidence in Ireland’s game at the moment.

Last week was all about getting a win, smoothing over some cracks and restoring some faith in the game plan.

But when you throw to the front of the lineout you limit your ability to get go forward ball and the fluidity of your attack.

The tail of the opposition lineout can push off easier and get out to help the back line in defence.

This is quite often a hooker or the openside flanker. If your attack tries to hit up the middle to use their power to get over the gain line and restart their attack then there’ll be another defender waiting to disrupt that and slow down the ball in the ruck, if not force a turnover.

If you go a bit wider, the outside backs on the defensive side have an extra push from the inside defence and can be more aggressive in closing down the attack. It can make for a tough day at the office for a back line but Jack Carty did well and as a result has booked a seat on the plane.

When Carty was a bit unsure his team-mate Bundee Aki was there to clean up. He showed his importance to the team last weekend and has escaped the limelight despite having grown up in Auckland.

On a positive note, Ireland's choke tackle was back on form which gives them an edge in vital moments of big matches. 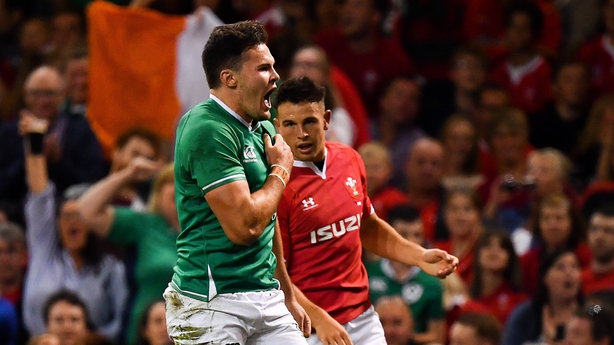 The power game in the opposition 22 was nearly there, just one or two mistakes to wipe out and there were more scores to be taken.

The scrum was pretty solid, albeit not against the strongest Welsh scrum but a positive set-piece nonetheless.

It was great to see Jacob Stockdale showing a bit of passion in scoring his tries because we haven’t really seen it from Ireland yet.

We’ve seen it in Scotland when they hung on to beat France and in Cardiff when Wales beat England but not as much from Ireland.

They will need to bring some passion to the Aviva this weekend to get a rise from the home support and get the send-off that they truly deserve.

The experimenting is over, time to up the ante one more time before they catch a flight to Japan.