The former Ireland skipper admitted to being left nonplussed by Joe Schmidt's decision to select Munster's Jean Kleyn ahead of lineout boss Toner.

Former British and Irish Lions captain O'Driscoll believes Leinster stalwart Toner could have proved crucial to Ireland's lineout at the World Cup, but still backed boss Schmidt to steer his side back to top form.

"I think there was always going to be a big omission, such is the strength in depth," O'Driscoll said.

Obviously gutted not to be on the plane, thanks to everyone for their kind messages. Best of luck to all the lads involved 👍🏼

"I guess no-one saw Devin Toner being left out. And it kind of beggars belief that if the lineout is malfunctioning you then don't include your tallest player and your best lineout operator.

"He's the most capped player under Joe Schmidt, the go-to guy for big games.

"And only 10 months ago he was dominating the lineout in that big victory against the All Blacks at the Aviva Stadium. So it's quite the fall from grace.

"And obviously Joe Schmidt sees something in Jean Kleyn, different player from Devin Toner, a big scrummager and maybe a meatier ball carrier.

"But if I was Devin Toner I'd be feeling very sorry for myself, and wondering whether it was justified."

Toner has started 50 of Schmidt's 67 Test matches at the Ireland helm, and produced a fine showing in the 16-9 win over back-to-back world champions New Zealand in Dublin in November.

Munster's South Africa-born lock Kleyn only qualified on residency for Ireland two days before his Test debut, against Italy in August.

But now the 26-year-old has been thrust into Ireland's final World Cup group, with Schmidt valuing his scrummaging ability and aggression around the field.

O'Driscoll believes Toner could yet wind up at the World Cup however, should any injuries strike the Ireland camp.

Schmidt's side will complete their warm-up schedule by hosting Wales in Dublin on Saturday, before opening their Pool A campaign against Scotland on 22 September.

Asked if a discarded player can ever state their selection arguments to a coach, O'Driscoll said: "I think you have to be careful with how honest you are, there's a chance of injuries and you don't want to alienate yourself by putting your foot in your mouth and saying something you can't take back.

"You can be honest and say 'I think you've made a bad decision', but ultimately it's not going to change his mind.

"So you've got to deal with the disappointment and stay fit because you never know what's around the corner." 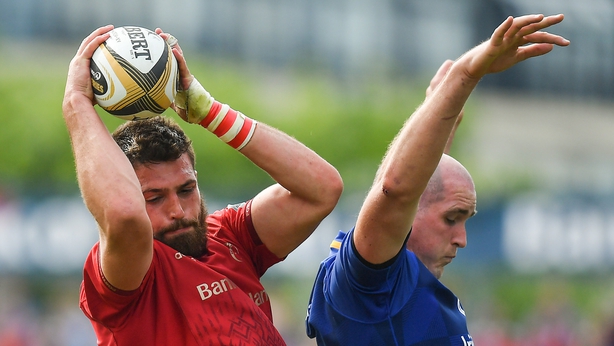 Ireland slumped to a record 57-15 loss to England at Twickenham two weeks ago, causing external alarm amid their World Cup preparations.

O'Driscoll enjoyed years of success under Schmidt at first Leinster and then Ireland, and backed the savvy Kiwi boss to roll a few more trademark trick plays once the Japanese global battle gets into full swing.

"Undoubtedly Joe's still got a few more tricks up his sleeve," said O'Driscoll.

"You would have been a bit more comfortable if you'd seen a little bit more rhythm to the team, particularly in phase plays.

"But I think some of the launch plays he's got planned, some we'll have seen in play books three or four years ago, others we'll never have seen before.

"So I'm excited as an analyst to go and watch that, and see how he manipulates defences to then get them to do something that they can counter.

"And that's where he separates himself from the rest of the coaching world: the amount of footage he's watched, and the detail that he goes through, he's able to see patterns and put things into effect to counter opponents."