Joe Schmidt claims he has seen evidence that the 'malaise' that affected Ireland last week is gone but admitted that the team that played against England had their minds "on the plane" to Japan.

The head coach was tasked with lifting the spirits of a squad, all fighting for World Cup selection, in the aftermath of a chastening record defeat to England last Saturday.

"I have seen it lift," he told RTÉ Sport as he named the team to face Wales in Cardiff.

"We are in a better place to actually play rugby now rather than prepare to play rugby.

"I think there will be evidence of that but the confirmation of that doesn't come through until the final whistle and we see how players have performed."

The New Zealander will pick his 31-man World Cup squad on Sunday but it will not be released until a later date. 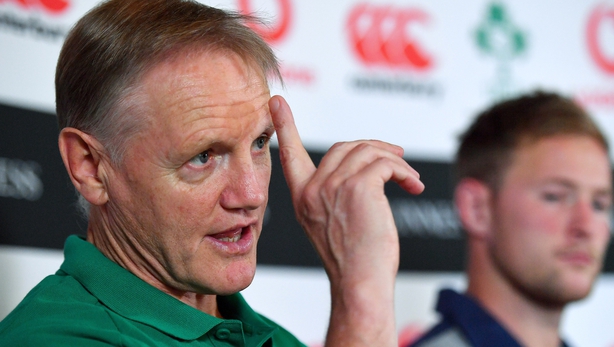 "We've had a little bit more time to prepare and it's a different team. They are not recovering so much from Saturday, other than probably mentally for a few of them who are backing up.

"It's more about we've had more time, we've had a few good training sessions this week, we trained well this morning and that gives us more confidence that we will be very much a step ahead of where we were last week.

"Last weekend should have been the most important game that we were thinking about.

"I think we took our eye off the ball, we were not quite up for the game as we should have been and we were a bit heavy-legged. I accept the responsibility for that.

"Sometimes that's a bit of a character test, can you get over that and still deliver?