Jack Carty is in line for his first Ireland start against Wales on Saturday.

The Connacht out-half has won five caps, all off the bench, since making his debut in the Six Nations against Italy last spring and will come into the reckoning with Johnny Sexton and Joey Carbery working their way back to full fitness.

Ross Byrne started for the first time for Ireland's record-breaking defeat to England at Twickenham but Carty is in line for game time before Joe Schmidt makes his final squad selection for the World Cup.

The squad is likely to be submitted to World Rugby next week, before the final warm-up game against Wales in Dublin.

"There will be a number of changes for this coming weekend," confirmed Schmidt at a rare appearance at a Tuesday briefing.

"We are still in, what we would determine as a building phase, a clarification phase, for selection and once this weekend is over, effectively selections are done.

"Sunday will be a day of sitting down and making sure we can get the selection as well-balanced as we can make it to get the right people to springboard into that final game against Wales and then onto the World Cup."

Carbery was injured during the first warm-up game against Italy and faces a race against time to be fit for the opening clash against Scotland on 22 September.

Schmidt said: "We'd like to think it would be four [weeks] rather than six for Joey but if it's not we are not going to risk him, but does that mean we take him?

"I thought he was super in that 50 minutes against Italy. It's one of those conundrums, it's very hard to tell you now that anything is fixed in my head. Time-frames are tight." 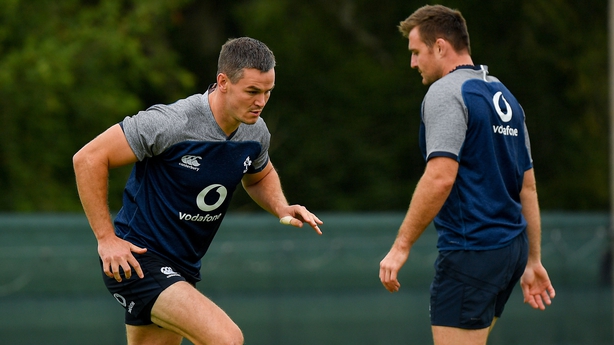 First-choice fly-half Sexton is recovering from "stiffness and soreness", while his preferred partner Conor Murray is available after passing all his return to play protocols.

"He doesn't have a leg injury per se," said Schmidt of the Leinster and Lions back.

"If we wanted to pick him this weekend we could pick him. If you'd seen him out there [at training], how hard he was running today, down and ups and running...it's a progression for him," he added.

"He did have a discomfort but when you train, you get a delayed onset muscle soreness, the DOMS, you get a little bit of a feeling of discomfort and we just didn't want to push through this.

"He got a bit behind with his thumb injury and was then chasing his tail. We would anticipate that Johnny would play, if not this weekend, then next weekend."

Another senior player likely to miss out is captain Rory Best, who came in for criticism after Ireland lost six lineouts from 13 (with Best on the field for four of those).

With Sean Cronin also struggling off the bench. opportunity may knock for Munster's Niall Scannell, while there are also likely to be chances for the likes of Andrew Porter or Dave Kilcoyne in the front row.

"Probably for Rory it is that internal noise that is most relevant to him because that is where the decisions are going to be made and at this stage there are no decisions that have been made in that direction.

"So, there are guys who are going to get an opportunity this weekend and if they perform better than any player who played last weekend then there is always a contest and you have got to keep that contest live."

Scannell, Cronin and Rob Herring are the other options for the New Zealander.

First XV regulars Robbie Henshaw and James Ryan should also come into contention having sat out the two warm-up games to date but winger Keith Earls is considered a doubt with tendonitis.

"It's about playing the long game with Keith and making sure that he's ready to go," said Schmidt, who will depart his role as head coach after Japan.

"I know that he'll be ready for the weekend after this one but I doubt he'll be involved this weekend."

Murray did not suffer a concussion, said Schmidt about the scrum-half after he was withdrawn at half-time in London. Luke McGrath and Kieran Marmion are the back-ups. 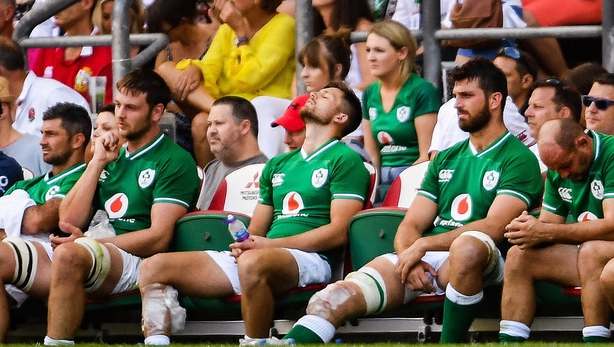 "We didn't adjust and take some of the easier options that presented themselves, particularly to retain the ball or win the ball and then retain it.

"And some pretty good defence a few times.

"We've got a count of 37 missed tackles. For us to be below 80% in a tackle count when we're looking for 90%+, we know we can't afford to offer a team the size, the skill and experience of England that amount of latitude. And we gave them way too much latitude."