Ireland will look to step up their World Cup preparations this week when they face England at Twickenham on Saturday.

England are coming off the back of two tough Test matches against Wales, the second of which they lost so I would expect to see a bit of a backlash from them, coupled with the return of more of their frontline players.

This is not an easy Test match for Ireland to face into considering it's only their second outing and the first was a slightly dull affair against Italy with two weaker sides lining out.

England have also whittled down their squad very early. It’s a bit of a statement from Eddie Jones and there are less disruptions going forward. They know what they have and players can fight for their place knowing they are going to be on the plane to Japan.

Some of the Irish camp will still be on edge this weekend wondering what their fate will be in the coming weeks, two very different approaches. 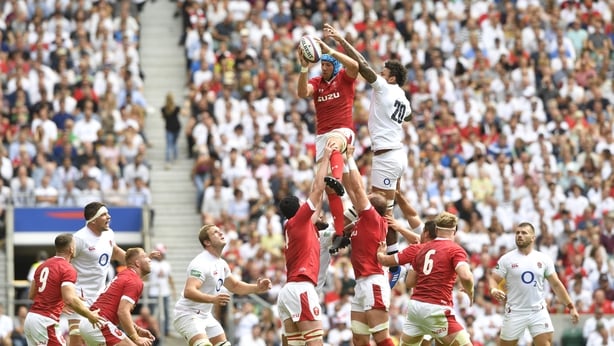 England attacked very well in patches in the first run out against Wales in Twickenham. They ran a lot of hard lines with secondary options so the ball carrier had choices and the defence had more reads to make. They ran with a lot of players in the secondary line of attack, similar to the way Saracens play, so that second wave of attack kept the opposition defence honest.

Some of Saracens tries come to mind when watching this system being played well and on the front foot. It's a similar set up to the tries that were scored in the game against Glasgow in the Champions Cup. The front lines or the 'hit’ lines that are predominantly run by forwards hold opposition defenders because they are a real option and are being played on the tackle line. It makes the defensive read harder.

Ireland are implementing a very strong inside defence that spans across the midfield. If England can run their tight lines well there could be space for the second boot runner to put wingers into space on the edges, if they hold their feet and don’t run into contact. 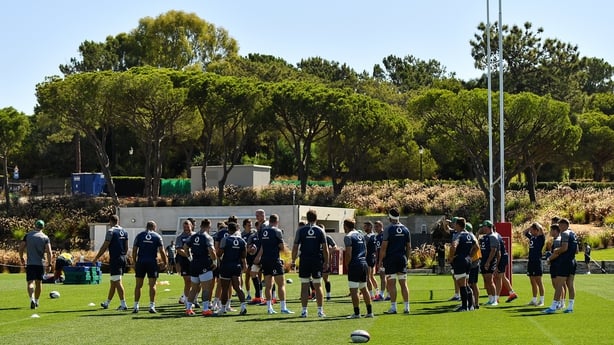 Ireland will be wary of this too though and very rarely let three passes get away. The Irish outside backs will be looking to promote themselves and shut down that third pass without worrying too much about the space on the edge because if they execute their timing well, they won’t let England get that last pass away which will cause trouble.

In theory both systems are solid and you could imagine both teams analysing each other and being quite confident in their own ability.

This is where the English physicality could throw a spanner in the works of Andy Farrell and his hard line speed game. For any defence to be successful you still need to win the collisions.

Winning the collision is easier said than done, especially in a warm-up game. It also becomes harder when big ball carriers such as Billy Vunipola come to the line.

Vunipola and Launchbury have been leading the way in that English pack with offloads. If Ireland don’t win the collision or disrupt these offloading channels then England will shift the play and get in behind easier, resulting in a more scrambled and less organised defence from Ireland. 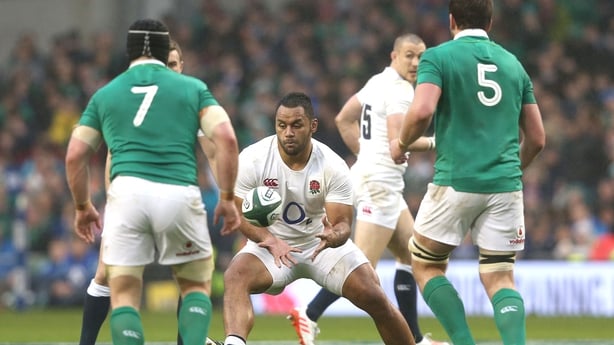 England may have lost the game at the weekend but still had 14 offloads to Wales’ four and 14 clean line breaks compared to Wales’ five. They still created plenty of opportunities and will look to build on that when they return home to Twickenham this weekend.

In fairness to Gatland's side, they tightened up their defence in comparison to the first game in Twickenham, but so did England. The only try that was scored was a bit of a messy situation where the referee allowed a quick penalty while Watson was leaving the field after a yellow card. The team physios were still on the pitch and a pair of cross-field kicks beat the English defence.

There was another shot from behind the posts of the English defence spanning across the pitch with only two players in the back field.

Gone are the days of three players lingering in the back field. Defences are playing with the blind wing closing on one side, the full-back covering across the pitch and closing down the space hard while the openside wing is promoting himself up in to the defensive line early and trying to close the space on the edge early.

It was evident in the Welsh defence as well from a lineout that Willi Heinz took on the run and played a clever kick in behind Josh Adams. 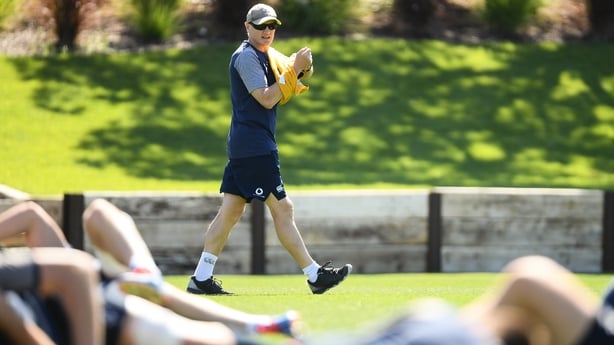 Schmidt might have his own plays up his sleeve to counter these aggressive defences but I don’t think we’re going to see them in the second warm-up game before the World Cup. That’s not what’s important now and it’s not in keeping with his style as he likes to keep a few trick plays for the later games of any tournament.

The last time Ireland played England,  the opening game of the Six Nations last year, Eddie Jones' team put a lot of pressure on the Irish first receiver, very often Johnny Sexton, who may well be rested this weekend.

They look to be using the same tactics, although it’s not as clear cut. Maybe the intensity isn’t the same because it is a warm up game but they are definitely doing it in the tighter plays. This either stops the first receiver from throwing a pass, or it makes them throw the pass earlier and players on the outside can make easier defensive decisions and much earlier too.

If there is no pass involved they will win the race across the gain line and use their physicality to put teams under pressure with the ball on the back foot. 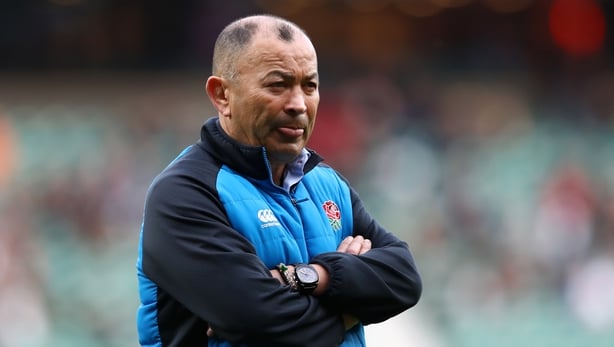 My only concern with England at the moment is their lack of discipline. Under Jones they have always toed the line and it pretty much stems from the culture he is building with the way he acts in the media. They should have put the first Welsh game to bed early on, but five penalties on the bounce allowed the Welsh back into the game.

They lost the penalty count at the weekend again by racking up 12 penalties but eight of these were in the opposition half. It goes to show that they aren’t pressurised penalties. They aren’t being forced to make poor decisions because of the opposition stronghold on the game.

They are doing this while in the driving seat. If they don’t get a handle on the penalty count they could well lose a World Cup that I feel they have a very good chance of winning.

You want your front row to be confrontational, but England cross the line too easy

They are earning penalties at scrum time too but the likes of Ellis Genge, Kyle Sinckler and Dan Cole are notorious for popping up from the scrum and being overly confrontational which very often results in pushing and shoving.

Of course you want your front row to be confrontational, but they cross the line too easy, very similar to their coach.

For their own sake you’d hope it doesn’t swing the momentum of a tight game in the World Cup. From an Irish point of view I hope it runs them into trouble!

Hopefully we’ll see a stronger Irish performance with the return of some starting players to build nicely into the pool stages of the World Cup.

It will be a good test against a hurting English side but one that is needed early on for these Irish players.