The triumph was delivered against Warren Gatland's strongest available side which numbered 13 starters from the Grand Slam-clinching victory over Ireland in March and prevented the visitors from climbing to the top of the global rankings.

George Ford, captain in the absence of Owen Farrell, finished with 15 points in a perfect afternoon from the tee and there was the successful return from a 17-month Achilles injury lay-off for Anthony Watson.

Wales have not won at Twickenham since the last World Cup and never looked like ending that run to spoil the occasion of skipper Alun Wyn Jones becoming his nation's most capped player.

The rivals' first Test of the summer was played at a frenetic pace and the physicality took its toll as the outstanding Tom Curry departed in the first half nursing a damaged shoulder and was followed off by Wales playmaker Gareth Anscombe, who had an issue with his right knee.

Curry's injury was particularly worrying after fellow openside Sam Underhill was withdrawn from the starting XV because of a toe injury.

Underhill was one of three players to pull out on the eve of the match, contributing to a disrupted build-up that also saw Ben Te'o and Mike Brown removed from contention after clashing during a social event in Treviso last week.

But there was no evidence of squad tension as England made a bulldozing start with Vunipola following up a muscular carry with a second that somehow ended with him touching down despite being surrounded by red shirts.

Curry, Cokanasiga and Watson also made early dents and when Curry charged down a sluggish clearance by Gareth Davies, a second try beckoned. 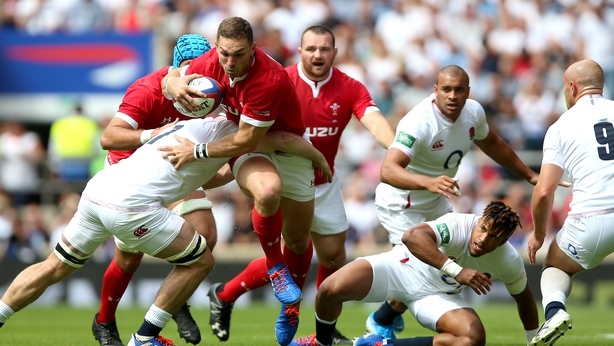 It was almost scored by Willi Heinz and the Gloucester captain should have passed to Jonathan Joseph, but England were just inches short and Cokanasiga drove over.

Watson saved a certain try by scything down Justin Tipuric as Wales staged a thrilling counter-attack through Anscombe and that raid had the effect of stirring the Six Nations champions.

England had a hand in their 24th-minute try, however, as Vunipola and Heinz parted when Davies broke from a scrum near the halfway line and the scrum-half sprinted ahead before evading Elliot Daly to cross.

But for greater accuracy at the final pass, Wales would have scored again as England endured the familiar sight of their early onslaught running out of gas.

A disastrous line-out undid much of the visitors' good work as Ken Owens sent the ball over the hands of Alun Wyn Jones and into the path of hooker Cowan-Dickie, who scored an opportunist's try.

The lead grew to 24-7 through a Ford penalty but England were picked apart too easily at a line-out, enabling North to power across the whitewash from short range. 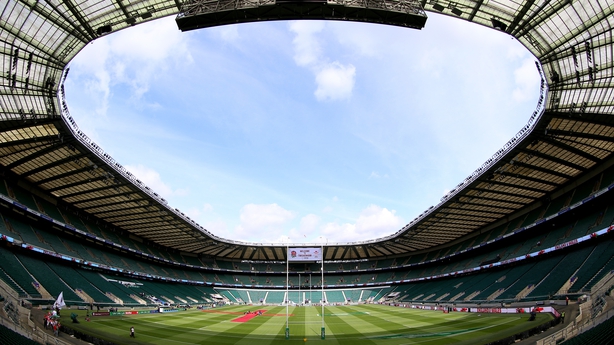 The tide was turning, hastened by England giving away a succession of penalties, and on Wales' next attack they hustled their way upfield before for replacement prop Wyn Jones to score.

Two further Ford penalties calmed home nerves, but the tempo of the match had dropped noticeably in the final quarter until carries from Vunipola and Manu Tuilagi provided inspiration.

Ben Youngs had a try disallowed for a clear forward pass from Cowan-Dickie, meaning Daly's drop-goal was the last meaningful act of the afternoon.