Joe Schmidt has given the thumbs up for Johnny Sexton to feature against England in two weeks' time.

The Twickenham match-up will be Ireland’s second World Cup warm-up game following on from yesterday’s 29-10 win over Italy, which came at the cost of injuries to Joey Carbery (ankle), Rob Herring (back) and Devin Toner (ankle) with the out-half’s the most concerning.

Sexton, the 2018 World player of the year, has recovered from a thumb injury and Schmidt reckons the fly-half is on course to see some action.

"He could have played [against Italy]," said the head coach, who returned from a round-trip to New Zealand following a family bereavement to take charge of the game yesterday.

"He trained fully in the footage that I’ve looked at from the week. Apparently he trained very, very hard [Friday] morning, which is great.

After the game, prop Andrew Porter said that he had spoken to Carbery, who was replaced by Jack Carty.

"He’s optimistic about it," said the prop, "hopefully going forward it’s not too bad. I think he’s getting a scan [Sunday] so fingers crossed." 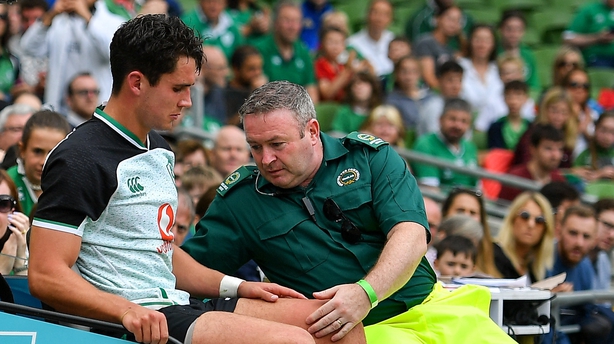 Sexton's fitness for the Japan tournament has always been critical to Ireland's World Cup chances but should Carbery's injury prove worse than indicated then protecting the Leinster player for the opener against Scotland on 22 September would become essential.

Carbery was having a fine outing at 10 and gave a glimpse of the type of different path Ireland could thread without Sexton.

Schmidt said: "I was really happy with Joey's performance. Defensively he got himself into the right places, and that's a challenge sometimes.

"I thought he ran the game very well, obviously the variety of his kicking game and he is a dangerous runner with the ball. He finished the try with a nice carry but he almost got through the line a couple of times.

"He presents himself as the threat really well and links well. As a package, I thought Joey's game was really tidy.

"He wouldn't be the same player as Johnny, and he's still building his game.

"Unfortunately, he's had a few injuries this year that didn't allow him that real continuity at 10 where he wants to play. He'll be looking to build on the back of what he delivered today." 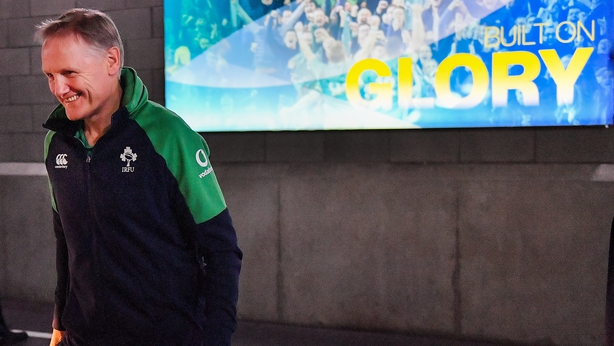 Meanwhile, Schmidt has criticised World Rugby for their player limit on squads with short match turnarounds during the tournament.

"With 31 players, I think it's a very tight number that World Rugby limit you to," said Schmidt.

"They talk about player welfare, but we have a six-day turnaround into a five-day turnaround, and 31 players, it's very, very complicated.

"And all the teams, I'm not saying that's just tough for us. All the teams have tight turnarounds at stages."

The squad are due to fly to Portugal this week for a warm-weather training camp, with the New Zealander still unsure if the 43-man squad will be cut in advance of the trip.