A routine World Cup warm-up victory over Italy was overshadowed by an injury to Ireland out-half Joey Carbery.

The Munster playmaker left the field on a cart after suffering an ankle injury 50 minutes into the game.

The extent of his injury - 41 days out from the start of the World Cup - was unknown in the immediate aftermath of the match but Joe Schmidt later told RTE Sport that there was no fracture and that he wouldn't rule the fly-half out of the World Cup at this point.

Ireland also lost hooker Rob Herring to a back spasm after 20 minutes of the five-try win - their 26th victory from the last 27 meetings with Italy.

Carbery, Dave Kearney, Andrew Conway, Jordi Murphy and Kieran Marmion scored the tries but the focus will be on the fitness of Ireland's back-up out-half ahead of the Japan tournament.

Ireland, with head coach Schmidt back in charge after a round-trip to New Zealand following a family bereavement, fielded a largely experimental side with just two regular starters, Garry Ringrose and Devin Toner in the XV.

Schmidt handed a debut to Jean Kleyn in the second row, with the South African just becoming eligible for the national team having completed the three-year-residency stipulation during the week.

Italy, under Conor O'Shea, began with five of the players that ran Ireland close in the 26-16 Six Nations defeat in Rome back in February.

It wouldn't have been hard to guess that this was a first run-out of the season for the majority of the players with handling errors and knock-ons coming from both sides in a half-empty Aviva Stadium.

But soon after Dave Kearney failed to finish off a kick through from Carbery, it was Italy that took the lead with Maxime Mbanda diving over from after a series of penalties close to the Irish line .

That advantage lasted just five minutes after Carbery ran on to a perfectly weighted pass from Chris Farrell to score under the posts.

But that didn't seem to lift the hosts, who again looked lackadaisical when Edoardo Padovani grubbered through for Carlo Canna to touch down; the out-half missing his second conversion.

Ireland, who had lost hooker Herring just before that score to injury, regained the lead in the 29th minute with Kearney finishing off a backs move in the corner for his fifth international try in 18 games. Carbery slotted his second conversion from the sideline.

The impressive Conway got on the scoresheet two minutes before the break, benefitting from another Jordan Larmour assist to dot down in the corner and hand Ireland a 19-10 lead.

Murphy, who started at number 8, barged over for Ireland's fourth try soon after the break but that was soon followed by Carbery's departure.

Replacement scrum-half Marmion rounded off the Ireland scoring with his fifth try after former Leinster player Ian McKinley was blocked down in his own 22.

Munster full-back Mike Haley appeared off the bench for his international debut as the game fizzled out amid concern for Carbery. 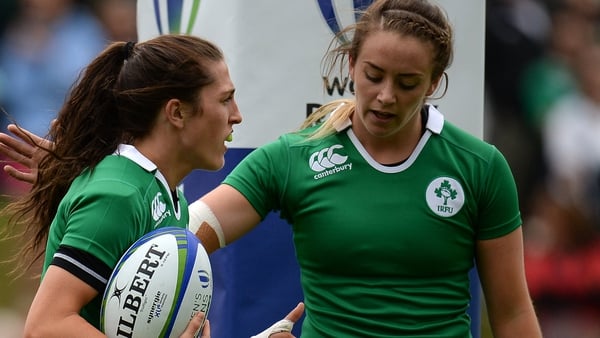 Flood can bring the 'flair' - Griggs 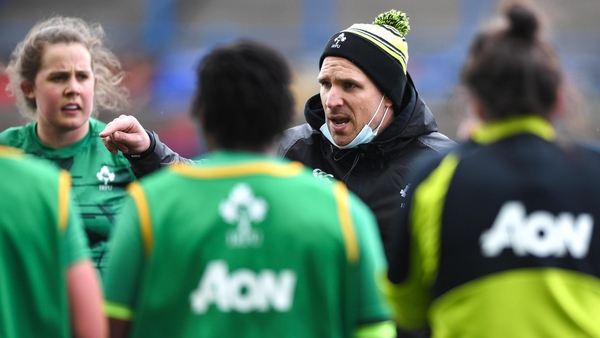