Willi Heinz will make his England debut against Wales on Sunday and is also installed as vice-captain despite his lack of Test experience.

Heinz has been given the stage to prove he deserves a place at this autumn's World Cup after being picked as the starting scrum-half for the warm-up Test at Twickenham.

Ben Youngs, England's first choice in the position, is included on the bench for a game that takes place 24 hours before Eddie Jones, who had former Republic of Ireland and Manchester United captain Roy Keane speak to the squad on Tuesday, finalises his 31-man squad for Japan 2019.

England hooker Jamie George had previously said that he has spoken to England ODI cricket captain Eoin Morgan, who comes from Dublin, about their journey from being knocked out in the pool stages of the 2015 World Cup to winners of this year's event.

Also winning his first cap is Ruaridh McConnochie, the Bath wing who followed up a fine spell in sevens with a strong finish to the Premiership season.

Lining up on the other wing is Test Lion Anthony Watson, who will be making his first appearance for England since damaging his Achilles at the end of the 2018 Six Nations.

Owen Farrell misses out altogether so George Ford starts at fly-half and is also named captain of a side that contains 377 caps.

Piers Francis profits from Ben Te'o's unexpected absence from the training squad for Wales by winning his fourth cap in a centre partnership alongside Henry Slade.

For the first time, Sam Underhill and Tom Curry start in the same back row despite being specialist opensides with Curry packing down at six.

The first of back-to-back matches against Wales sees prop Dan Cole and locks Joe Launchbury and Charlie Ewels presented with their last chance to secure their World Cup places. 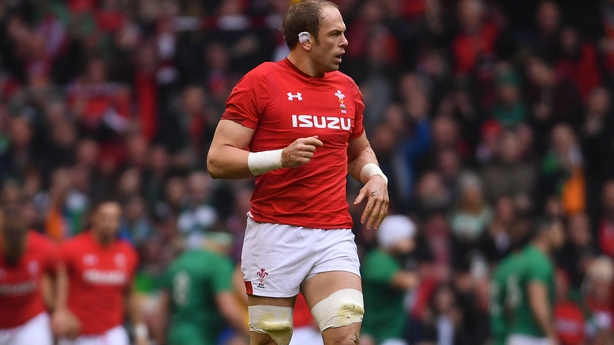 Meanwhile, Alun Wyn Jones will become Wales' most capped player when he leads a powerful team into Twickeham.

It will be lock Jones' 135th Test match appearance - 126 for Wales and nine in British and Irish Lions colours - to overtake prop Gethin Jenkins.

Wales head coach Warren Gatland has named a team that includes 13 starters from the Six Nations title and Grand Slam-clinching victory over Ireland in March.

The only players who did not feature in the starting XV against Ireland that run out at Twickenham are prop Nicky Smith and flanker Aaron Wainwright.

And it means Gatland parades a side that includes the likes of established stars such as Jones, full-back Liam Williams, wing George North, centre Jonathan Davies and flanker Justin Tipuric.

Wales face a return appointment with England in Cardiff on Saturday week, then meet Ireland home and away.

Gatland is currently overseeing a 41-man training group before cutting that number by 10 players and announcing his final World Cup squad on 1 September.

England's build-up to the World Cup begins in earnest on Sunday and Jones re-iterated his determination to seize New Zealand's crown as world champions.

"We have completed our four weeks of pre-season training and now we have moved into four weeks of warm up games ahead of the Rugby World Cup," Jones said.

"Our focus has now changed to match preparation and fitness and creating a game that will stand up to the rigours of the tournament where we have to win seven games in seven weeks.

"Our team selection and tactics in our next four games are all about developing a team capable of winning in Japan and our overarching target of being ready when we get on the plane on September 8 to win the World Cup."