Former Australia bad boy James O'Connor is sticking close to the team hotel and no longer heading out on nocturnal adventures as he bids to reignite his Wallabies career, according to scrumhalf Will Genia.

The 29-year-old O'Connor, once renowned for his party-boy lifestyle, could be set for his first test in six years against Argentina should he be picked for the second Rugby Championship clash in Brisbane on Saturday.

Genia said he had noticed O'Connor's new mindset since his return to the Wallabies camp earlier this month.

"Tuesday nights, James was always out and about doing stuff because Wednesday we have off," Genia said of the old O'Connor.

"Tuesday night in the last three or four weeks that we've had, he's in his room stretching, doing what it takes in terms of recovery.

"He understands that this is a huge opportunity for him."

O'Connor's last Wallabies contract was torn up days after the last of his 44 tests, also against Argentina, amid media reports that he was intoxicated and abusive of staff at Perth airport in 2013.

He had already developed a long rap-sheet by that stage, including missing a team photo for the 2011 World Cup, scuffling with team mates and engaging in a food fight.

Genia said he hoped O'Connor could slot back smoothly into the team like Nic White, who started at scrumhalf in the opening defeat to South Africa and was rated one of the Wallabies' better players in his first test in four years.

"You saw Whitey come back and play very well, hopefully it can be a similar story with James because I think he was on 44 tests and he was so young when he left," Genia said.

"We all know how good he is and hopefully the fact he's in a better space mentally, he can be an even better player this time around." 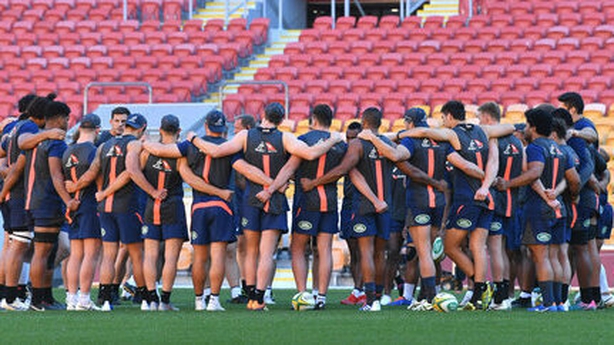 Wallabies coach Michael Cheika and his players have been at pains to emphasise the positives in their 35-17 loss to the second-string Springboks team in Johannesburg last Saturday, despite few fans sharing their optimism.

Genia was also sticking to the party line, despite the Wallabies slumping to their 10th defeat from 15 tests since the start of the 2018 season and having less than two months to turn things around before the World Cup in Japan.

"We're in a different position in the sense that we're trying to do things differently from a game perspective," he said.

"It was really pleasing to see the way things came together the way they did on the weekend - obviously we didn't get the result which is disappointing - but trying different things and doing things a different way there's always going to be some teething problems.

"But I think we're on track, definitely.