Ireland women's 7s coach Stan McDowell says his team are "raring to go" after naming his squad for the Rugby Europe Olympic Qualification Tournament in Russia this weekend.

McDowell will bring a squad of 13 to Kazan in the Southwest of Russia, where the tournament winners will earn a place at the 2020 Tokyo Olympics. The teams that finish in second and third will get another shot at Olympic qualification in the World Repechage next year.

Experienced players such as Louise Galvin, Hannah Tyrrell and Amee-Leigh Murphy Crowe have all been included in McDowell's squad, which will be captained by Lucy Mulhall. Former Ireland hockey international Audrey O’Flynn also makes the cut after recovering from injury.

Ireland are in Pool C alongside Spain, Romania and Czech Republic, and come into the tournament on the back of a fourth place finish at the opening round of Rugby Europe Grand Prix in Marcoussis last month.

McDowell is hopeful that his side can build on the positives from their performances in Marcoussis this weekend. 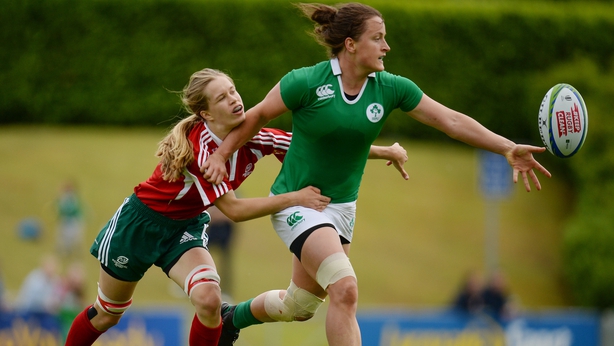 "The players have had this tournament at the back of their minds all season and now that it’s upon us they are raring to go.

"There were some very big positives to take from the games in Marcoussis, as well as key learnings to bring into this weekend.

"This tournament is about taking each game as it comes and focusing on each moment during each of these games."