World Rugby's Law Review Group has recommended trials for a new 50:22 kick and for reducing tackle height to the waist.

The group, which included IRFU performance director David Nucifora, also recommended further research into a proposal to reduce the number of permitted substitutions in order "to encourage more space and opportunities towards the end of the game as on-field players tire."

The governing body's Rugby Committee will meet in July to discuss the recommendations by the group aimed at injury prevention and the trials, where approved, will start early next year.

That committee must decide whether or not to adopt the proposals but would be unlikely to go against the "multi-disciplinary expert group".

The introduction of a "goal line drop-out" instead of an attacking five-metre scrum when the ball is brought in-goal but held up is also set to be trialled in Australia's National Rugby Championship in order to reward good defensive play and speed up the game. 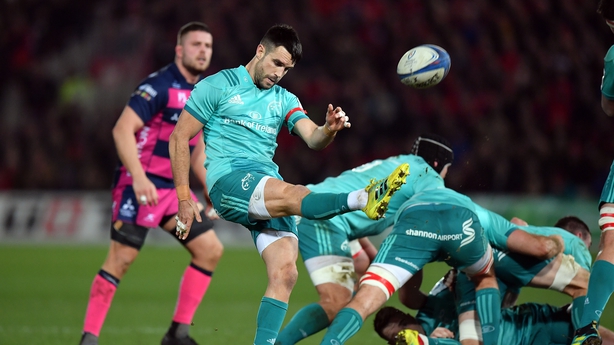 Already mooted was a 50:22 kick proposal, which would reward a team with the throw-in from a lineout should they kick the ball from inside their own half and get it to bounce before going out in the opposition 22 or if kicked from their own 22 into touch indirectly in the opposition half.

The theory is that defending teams would drop players back to cover the kick thus reducing the number of players in the defensive line, creating more space in the process.

The ability to review a yellow card sanction during the sin bin for dangerous foul play was also on the agenda and approved for closed trials (where the competition or union to run the trial has yet to be confirmed).

This is to determine if the sanction should have been more severe, i.e. a red card.

The suggestion of "delaying the movement of the defensive line at the ruck until the ball has reached the first attacking player or until the receiver opts not to pass" was not approved for trial.

World Rugby says that there has been a 50% increase in 'ball in play' time since 1987, that tackling has increased by 252% in the same period, while scrums have decreased by 56 per cent.

Its studies show that 50% of all injuries and 76% of all concussions occur in the tackle. 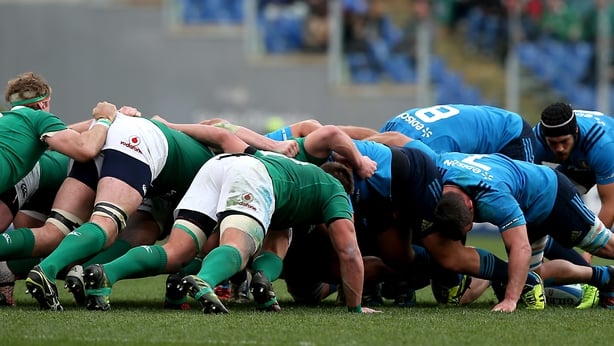 A scrum engagement law amendment was also recommended which, if approved, "will outlaw the practice of front-rows placing their heads onto opposition players' shoulders between the call of 'bind’ and ‘set’.

"It has been shown that this practice has resulted in potentially dangerous levels of axial loading on front-rows’ cervical spines."

World Rugby Chairman Bill Beaumont said: "World Rugby is committed to evidence-based injury prevention, and while injury incidence in rugby is not on the rise and there has been a 15 per cent reduction in concussions in elite competitions, now is not the time to become complacent and, this week, the LRG has continued to focus on further reducing the risk of injury at all levels."