Danny Cipriani has been called up to attend an England pre-World Cup training camp on Sunday.

Gloucester fly-half Cipriani, who was named Premiership and Rugby Players' Association player of the year last season, has won just two caps in the three years that England coach Eddie Jones has been in charge.

"Next week we will add some players and be looking to improve our physical conditioning, ability to understand how we want to play the game and start to increase the pressure at training," Jones said.

"We have a couple of players going back to their clubs as we feel it is in their best interests in terms of the World Cup to do that, and we will consider their participation in the squad further down the track." 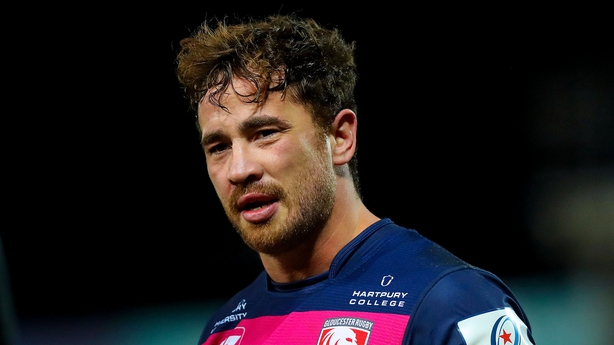 Cipriani, 31, remains third in the England pecking order behind Owen Farrell and George Ford and, with Jones likely to take only two fly-halves to the World Cup, looks set to miss out again having never featured in the sport's premier event.

He won the last of his 16 caps on the tour of South Africa in June 2018 and that was his first start for 10 years.

He was subsequently omitted from the squads for the November internationals and this year's Six Nations.

Jones has previously said he is unconcerned about Cipriani's "baggage" from a colourful past off the pitch that dates back to his original call-up by Brian Ashton when he was 20.

The bigger issue appears to be the way he plays the game, which generally means Cipriani running the show, and not always along the same lines as his coaches would like.