Southern hemisphere rugby powers expressed their disappointment at the loss of the "golden opportunity" offered by the Nations Championship, the potentially transformative test competition which World Rugby abandoned.

The proposal to bring the Six Nations and four Rugby Championship sides together along with two other nations for an annual championship climaxing in a final had been extremely popular south of the equator.

New Zealand, Australia and South Africa have between them won seven of the eight World Cups but are perennially cash-strapped and would have been chomping at the bit for the $20 million each a year the Nations Championship offered.

However the plan was abandoned after strong opposition from the Six Nations, with the most vociferous objections reportedly coming from Ireland, Scotland and Italy.

SANZAAR, which represents those three nations as well as Argentina, said despite reservations "over elements of what was presented", all four members had signed up to take the proposal forward.

"The Nations Championship was a golden opportunity to grow the game internationally but is seemingly lost," SANZAAR chairman Brent Impey said in a statement.

"SANZAAR remains convinced that such a revamped international calendar is the right course of action supported by professional cross-border competitions such as Super Rugby and the various European premierships."

World Rugby said it had been unable to bring all 10 top tier nations on board with media reports suggesting the potential for promotion and relegation was the sticking point for some of the less successful northern hemisphere nations.

The proposal also received criticism from leading players, including Johnny Sexton, concerned about burnout and from European clubs. 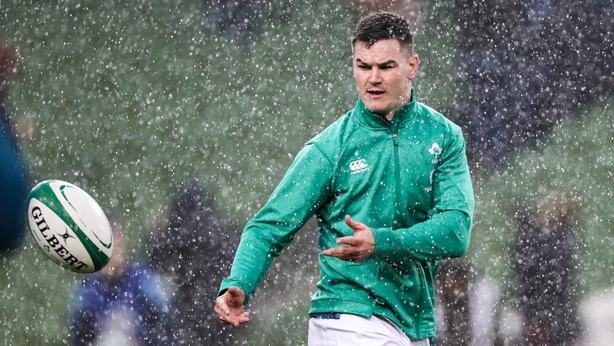 "The challenges have been complex and multi-faceted as we sought to find a model that balanced demands of fans, with the welfare of all players, growing the commercial strength of our competition and ensuring we were providing a pathway for other nations."

Ensuring the pathway for other nations was the reasoning behind the plan for relegation and promotion, a proposal over which the SANZAAR nations had overcome their reservations and endorsed as a matter of principle.

In the southern hemisphere, the most likely beneficiaries would have been the Pacific island nations of Fiji, Samoa and Tonga.

The Pasifika diaspora provides a disproportionate number of players to the professional game but having almost no television markets to speak of, the island nations have struggled to find a place at rugby's top table.

The Nations Championship would have offered them that chance but only if promotion into the competition had allowed them to do on the pitch what their lack of financial clout made them unlikely to achieve off it.

With the plan having been abandoned, the game will return to the San Francisco agreement of 2017 to map out the global season until 2032.

The SANZAAR nations said throughout the process they had continued discussions with broadcasters over a new rights deal for the Rugby Championship and Super Rugby to take effect from the 2022 season.